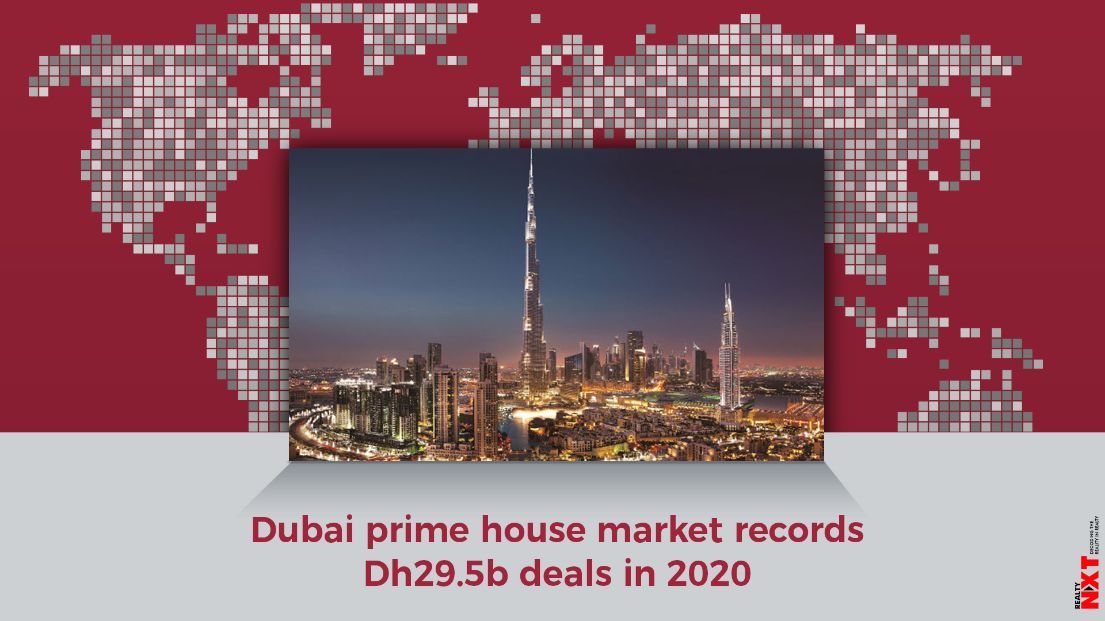 Dubai’s prime residential market recorded Dh29.54 billion worth of transactions in 2020 notwithstanding the challenges posed by the pandemic.

Last year, transactions of more than 10,557 apartments and 1,512 villas were recorded in Dubai’s prime residential market. Fourth-quarter was the best performing quarter, registering Dh9.2 billion in terms of sales volume, according to analysis by Luxhabitat Sotheby’s, based on data from the Dubai Land Department.

There has also been a 5.0 per cent correction in price per sqft across the prime residential market from Dh1,327 to Dh1,193, thereby indicating a strong surge in buyer activity, Luxhabitat said in a report.

“2020 proved the global stature of Luxhabitat Sotheby’s International Realty. During a year filled with economic uncertainty, we closed the year with over 1 billion AED worth of sales transactions,” said Chris Whitehead, managing partner at the firm.

“We strongly believe that Dubai will play a key role in the post-pandemic scenario as well for how it has handled the pandemic issue on a global level while keeping the economy open. And 2021 will be a bigger, better year for us as well the Dubai property market,” said Whitehead.

In 2021, Dubai’s residential sector is expected to add 39,000 units following a surge in the supply in 2020, according to other surveys.

Last year, the overall residential market saw the delivery of nearly 36,000 units, marking an increase over the number of units that were added to the market in the previous year, according to data supplied by real estate consultancy Core.

Data from Asteco also shows that 2019 saw a total of 31,000 residential units coming into the market in Dubai in 2019, comprising approximately 23,600 apartments and 7,400 villas. According to Data Finder, a total of 32,822 residential units in the freehold and non-freehold communities were completed in Dubai in the first nine months of 2019 and another 13,216 units have a completion date towards the end of 2019 or Q1 2020.

In 2020, the prime villa market remained stable with an average price of Dh6.3 million, about 3.0 per cent higher than the previous year – indicating that buyers were keen to purchase villas in 2020. The affordability factor has increased and the trend observed was that people were opting to buy homes with larger spaces. Across all areas, there was an average of 1,000 square feet increase in the size of the villas transacted – making the average built-up-area of a prime villa 5,981 sqft.

According to the report, half the most expensive transactions in 2020 are from MBR City – Dubai Hills and District One developments form part of the area. Emirates Hills continued to hold a place among the most expensive villas in Dubai.