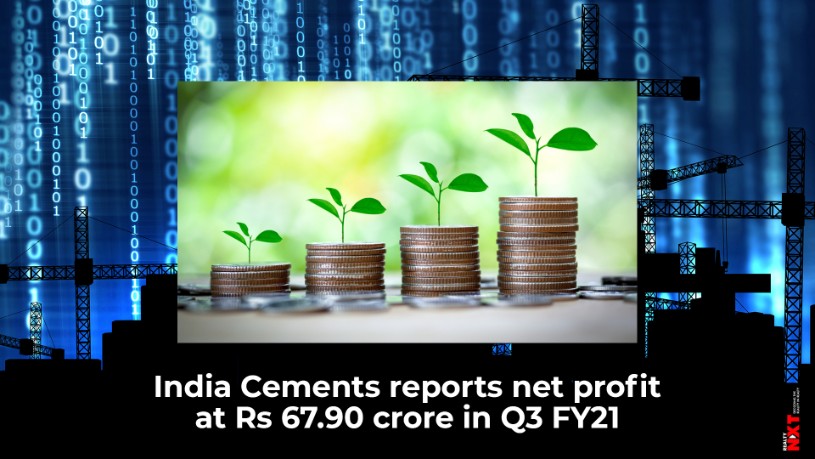 The India Cements on Wednesday reported a consolidated net profit of Rs 67.90 crore for the third quarter ended December 2020. The company had posted a net loss of Rs 8.79 crore during the October-December quarter of the previous fiscal, The India Cements said in a regulatory filing.

Its revenue from operations was down 4.79 per cent to Rs 1,184.68 crore during the quarter under review as against Rs 1,244.28 crore in the corresponding period of the previous fiscal.

According to the company, the spread of COVID-19 has severely impacted businesses in India and abroad. In consequence of the lockdown, the operations of the company were shut down during the last week of March 2020 and restarted in phases during April 2020.

“The pandemic situation has affected the normal business operations of the company and production, sales and profitability, inter alia, have been impacted,” the company said.

In a separate filing, The India Cements informed that its board in a meeting held on Wednesday appointed Krishnan Skandan as a non-executive independent director of the company for a period of three years with effect from January 27, 2021, subject to the approval of shareholders.

Shares of The India Cements were trading at Rs 168.75 on BSE in the afternoon, down 0.06 per cent from the previous close.