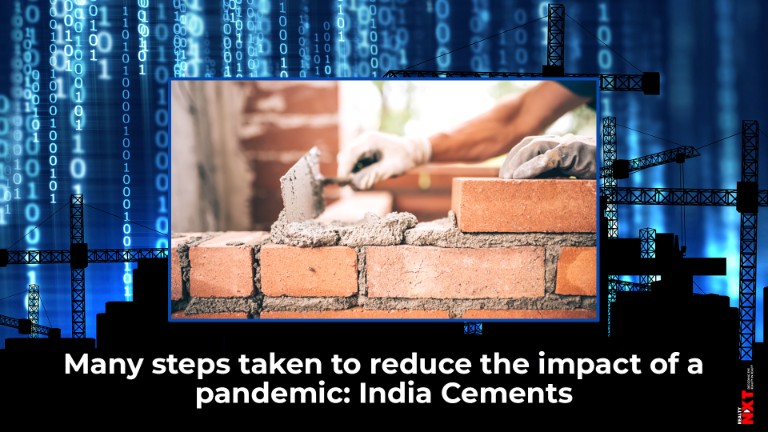 India Cements did not reduce its manpower due to the impact of the pandemic, and paid full salary and bonuses, he said.

India Cements Ltd has taken several measures to tide over the impact caused by the COVID-19 pandemic.

The measures include focusing on cash-and-carry model, reducing fixed costs, a top official of the company said on Wednesday.

Briefing reporters here, the vice-chairman and managing director of the city-based firm N Srinivasan said, “Among the measures, the first was adopting the cash-and-carry model that we will not give sell our cement on credit”

Another step was to stick to a certain price for a bag of cement and refusal to take orders below the mentioned price.

This was to ensure profitability.

“We said we will fix a certain price and refuse any order below that price. We were not bothered what other people (cement manufacturers) did. Our volumes came down a little, but profitability was sustained, so was the business,” Srinivasan said.

Another measure was bringing down the fixed costs.

“If you look at the fourth quarter of the last financial year, the fixed cost was Rs 195 crore. Without reducing for the sake of reducing, we brought down the fixed costs in the first quarter to Rs 139 crore and this reduction went straight to the bottomline,” he said.

“These were some of the steps we took to combat the pandemic,” he said.

On capital expenditure plans, he said the proposal to set up a plant in Madhya Pradesh would be delayed due to the impact of the pandemic.

Srinivasan had said the company would invest about Rs 1,300 crore to set up the plant. In November 2018, the company signed a share purchase agreement with Springway Mining Pvt Ltd for the purpose.

Commenting on the rising input costs, he said one cannot rule out the effect of rise in cost on the balance-sheet as increase in cost was due to rise in oil prices and taxes.

India Cements did not reduce its manpower due to the impact of the pandemic, and paid full salary and bonuses, he said.

Srinivasan said the demand for cement was high in northern and central parts of the country while it was double-digit growth in the eastern parts.

“Western region is also catching up (in terms of demand), it is only the south where we have a capacity overhang,” he said.

Announcing the financial results for the third quarter ending December 31, 2020, he said the standalone net profit was Rs 62.02 crore as against a net loss of Rs 5.37 crore during the corresponding quarter previous year.