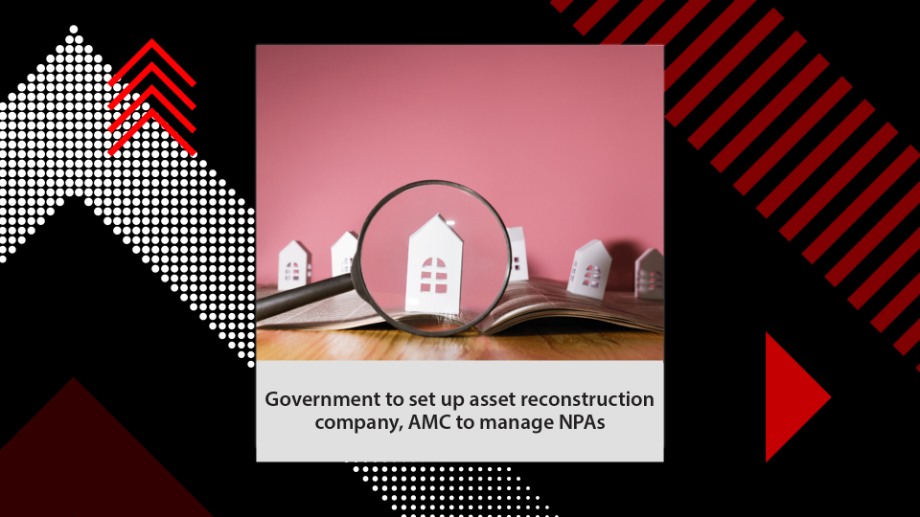 “If there’s a proposal to set up a bad bank, the RBI will look at it. We have regulatory guidelines for asset reconstruction companies,” Das said.

Finance Minister Nirmala Sitharaman on Monday proposed setting up of an asset reconstruction company and an asset management company(AMC) to clean up non-performing assets in the banking sector.

The new entities will help effectively deal with non-performing assets (NPAs) which may see a surge once regulatory forbearance to deal with the impact of COVID-19 is withdrawn.

The high level of provisioning by public sector banks for their stressed assets calls for measures to clean up the bank books, the finance minister said while unveiling the Budget for 2021-22.

“An Asset Reconstruction Company Limited and Asset Management Company would be set up to consolidate and take over the existing stressed debt and then manage and dispose of the assets to Alternate Investment Funds and other potential investors for eventual value realization,” she said.

Provision Coverage Ratio in most of the banks is over 80 per cent, which means that the lender has made a provision of 80 per cent against NPAs.

Banks’ gross non-performing assets may rise to 13.5 per cent by September 2021, from 7.5 per cent in September 2020 under the baseline scenario, according to the Financial Stability Report (FSR) released by the Reserve Bank of India (RBI) last month.

If the macroeconomic environment worsens into a severe stress scenario, the GNPA ratio may escalate to 14.8 per cent, the report warned.

“The stress tests indicate that the GNPA ratio of all scheduled commercial banks (SCBs) may increase from 7.5 per cent in September 2020 to 13.5 per cent by September 2021 under the baseline scenario,” it said.

Last month, RBI Governor Shaktikanta Das indicated that the central bank can consider the idea of a bad bank to tackle NPAs.

“If there’s a proposal to set up a bad bank, the RBI will look at it. We have regulatory guidelines for asset reconstruction companies,” Das had said.

Chief Economic Adviser K V Subramanian, the lead author of the Economic Survey 2020-21, has made a case for carrying out a fresh asset quality review (AQR) once the ongoing forbearances related to COVID-19 come to an end.

Any AQR exercise, the Survey has said, must be accompanied by a round of bank recapitalisation.

Elaborating on the AQR exercise, he had said that it amounts to recognising something bad that is cosmetically covered up.

“But the important message that is being made is that AQR has to be done. When AQR is done, the estimation or unearthing of bad assets actually has to be done well,” he had said.

The government must get rid of the forbearance window provided by banks to borrowers due to the COVID-19 induced economic challenges as soon as the economy starts to revive as it is only an “emergency medicine” and not a “staple diet”, the Survey suggested.