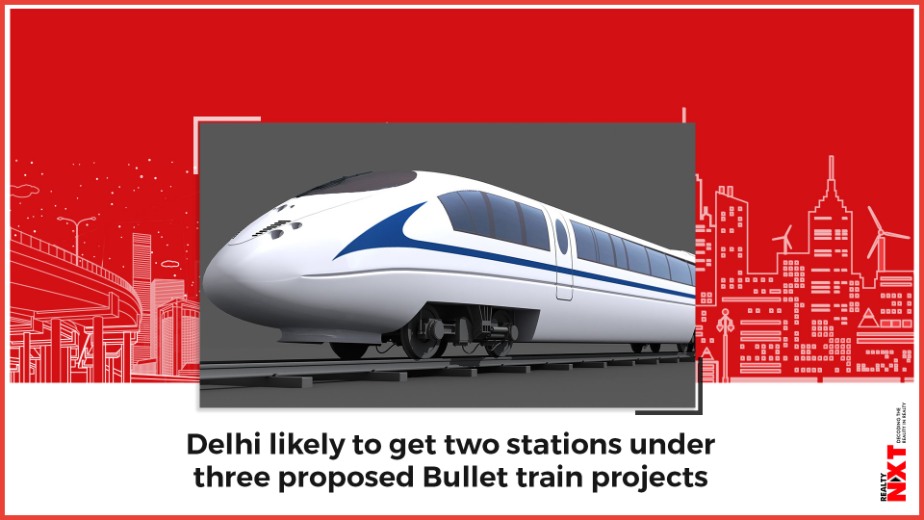 The NHSRCL has started the aerial LiDAR survey for the 800km Delhi-Varanasi high-speed rail corridor earlier this month.

As the three high-speed rail corridors are expected to start from Delhi for Amritsar, Ahmedabad and Varanasi, the national capital is likely to get two high-speed rail stations in different areas, officials related to the development said on Sunday.

The NHSRCL has started the aerial LiDAR survey for the 800km Delhi-Varanasi high-speed rail corridor earlier this month.

She said that the tenders related to data collection and various other activities including LiDAR survey, required for the preparation of Detail Project Report for Delhi-Varanasi, for which the first draft of the DPR has already been submitted.

The NHSRCL on January 10 this year launched the LiDAR survey for the Delhi-Varanasi route from Uttar Pradesh’s Greater Noida, wherein a helicopter fitted with state-of-the-art aerial LiDAR and imagery sensors will capture data related to the ground survey along the proposed route.

Another official related to the development told IANS that there will be two high-speed rail stations in the Gautam Budha Nagar.

Another official related to the development said that one of the high-speed rail stations will come up near the proposed Jewar International Airport while the another one near Sector 148 in Noida.

Talking about another station of the High-Speed rail in Delhi, she said, “Locations are being explored for the other station for Delhi-Ahmedabad and Delhi-Amritsar high-speed rail corridor, in close proximity of Sector-21, Dwarka Metro station and Bijwasan Railway station.”

The official said that the high-speed rail stations in the national capital will be finalised only after the DPRs are submitted.

The NHSRCL has also invited tenders for preparing the DPR for the 435-km-long Chennai-Mysuru and 760-km-long Varanasi-Howrah high speed rail corridors’.

The NHSRCL is collecting data on these new proposed corridors for the preparation of the DPRs.

LiDAR survey alignment or ground survey is a crucial activity for any linear infrastructure project as it provides accurate details of areas around the alignment.

This technique uses a combination of laser data, GPS data, flight parameters and actual photographs to give accurate survey data.

“Based on the findings of the survey, designing of the vertical and horizontal alignment, structures, location of the stations and depots, land requirement for the corridor, identification of project affected plots/structures, right of way etc are decided,” Gaur said.

The work on the 508 km Mumbai-Ahmedabad Bullet train project is also in full swing.

Prime Minister Narendra Modi along with his then Japanese counterpart Shinzo Abe had laid the foundation stone for the MAHSR corridor on September 14, 2017.