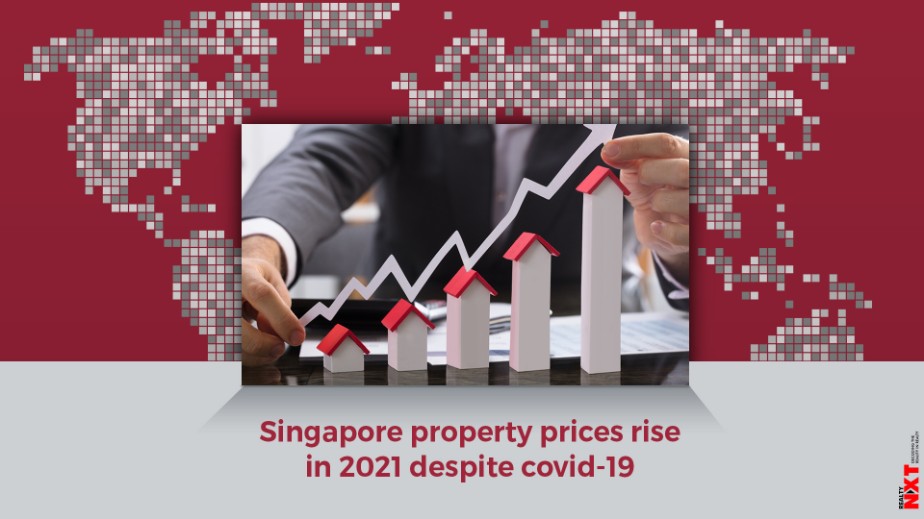 However, local buying interest more than made up for the difference as Singapore residents snapped up homes at a surprising rate

Singapore property prices rose last year defying the economy-wrecking COVID-19 pandemic. Prices of private residences went up 2.2 per cent for the year despite the pandemic which also resulted in the sales of property to foreigners to fall to a 17-year low.

Data released by the Urban Renewal Authority (URA)in January showed that prices of private residential properties increased by 2.1 per cent in the fourth Quarter of 2020, compared with the 0.8 percent increase in the previous quarter. For the whole of 2020, prices of private residential properties went up 2.2 per cent, compared with the 2.7 per cent increase in 2019.

Furthermore, based on a Bloomberg report quoting research by property consultants at ERA Reality and OrangeTee and Tie, non-resident purchase of property was at its lowest level since 2003. This was at the height of SARS (Severe Acute Respiratory Syndrome), the last serious virus outbreak in Singapore.

The consultants in analysing government data revealed that foreigners accounted for the purchase of 742 units last year, a level not seen since 671 units were sold to foreigners 17 years ago. The data takes into account new, sub-sale and second-hand apartments.

Non-resident apartment purchases in 2020 accounted for just 4.1 per cent of total sales, the lowest in more than two decades.

“For the luxury market, many buyers prefer to physically inspect the premises or visit a show-flat before making a purchase,” said Christine Sun, senior vice-president of research and analytics at OrangeTee& Tie. “Last year, many overseas buyers were not able to travel to Singapore to view properties in person which may have resulted in a dip in foreign purchases.”

However, local buying interest more than made up for the difference as Singapore residents snapped up homes at a surprising rate considering the dismal economic and job situation. Singapore’s GDP is estimated to have shrunk 5.8 per cent in 2020 with the unemployment rate in December at 3.2 per cent while the historic long-term unemployment rate in the island nation is below one per cent.

It was priced for non-landed properties(apartments and condominiums) in the Rest of the Central Region (RCR) that grew the fastest at 4.4 per cent in the fourth quarter of 2020 and not the Core Central Region (CCR) which usually expands the fastest.

The CCR region which grew 3.2 per cent in Q4 2020, comprises popular locations among foreigners like the Central Business District, Orchard Road, Newton, Bukit Timah, HollandRoad and Sentosa. Whereas the RCR consists of housing on the peripheral of the city centre and usually preferred by locals.

This is because the rental property is usually taken up by foreigners and many have returned home as a result of travel restrictions as well as dramatically reduced job opportunities for foreigners to due to the economic downturn caused by COVID-19. A majority of Singapore residents do not rent property, preferring to buy, and this is made possible by various subsidies and schemes especially for government-built housing.

As expected, rentals for the CCR non-landed properties which are favoured by foreigners continue to decline in Q4 at a rate of 1.2 per cent after falling 2.1 percent in Q3. They tumbled2.4 per cent for 2020, the highest rate of decline compared with other regions.

The rising property prices have caused observers to speculate that the government is considering additional fiscal and policy measures to cool the property market. This follows comments from various ministers including the Deputy Prime Minister and Finance Minister, Heng Swee Keat who said that the property market must remain stable so young Singaporeans can own homes.

Analysts believe that it is still too early to say if additional cooling measures will be implemented as there has only been one-quarter of strong growth. This growth is largely driven by the post-lockdown demand, vaccine optimism, low-interest rates and liquidity.

Based on 2017 statistics, Chinese nationals form the largest group of foreigners buying property in Singapore. Indians rank fourth after Malaysians and Indonesians.

Despite the punitive 20 percent additional buyers’ stamp duty (ABSD) slapped on foreign purchases of Singapore property since July 2018, many high-net-worth foreigners still believe that Singapore property is a good investment. Foreigners can only buy properties such as condominium units, flats or apartments or a strata landed house in an approved condominium development. They are usually not permitted to buy landed residential property except on Sentosa island.