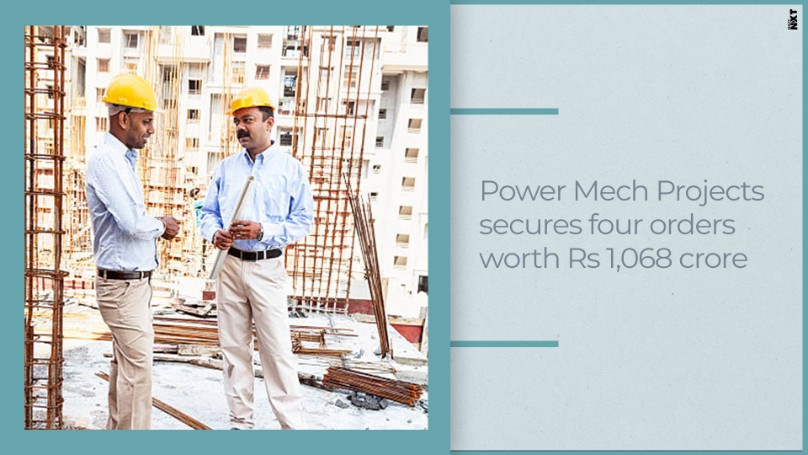 Power Mech Projects Limited (Power Mech), is one among the leading infrastructure-construction Companies based in Hyderabad

Power Mech Projects Ltd., a leader among contemporary construction companies in India in the field of power sector, Infrastructure and Petrochemicals has announced that the company has received the Letters of Award for four different orders worth Rs.1068.36 Crores.

The first two orders are worth Rs 449 Crores each and are with reference to the water supply projects from the State Water & Sanitation Mission, Government of Uttar Pradesh. These 2 projects are awarded for a Joint Venture of Power Mech Projects Limited.

Power Mech Projects Limited (Power Mech), is one among the leading infrastructure-construction Companies based in Hyderabad, India with a global presence and highly credited in providing a spectrum of services in power and infrastructure sectors. Established in 1999, Power Mech has emphatically established a niche in power generation covering almost every segment including Erection, Testing and Commissioning of BTG and BOPs, Operation and Maintenance, Repairs, Overhauling, Renovation and Modernization of power plants and related civil works. Power Mech, having its major operations in India, also extended its operations globally and has a presence in more than ten countries worldwide.