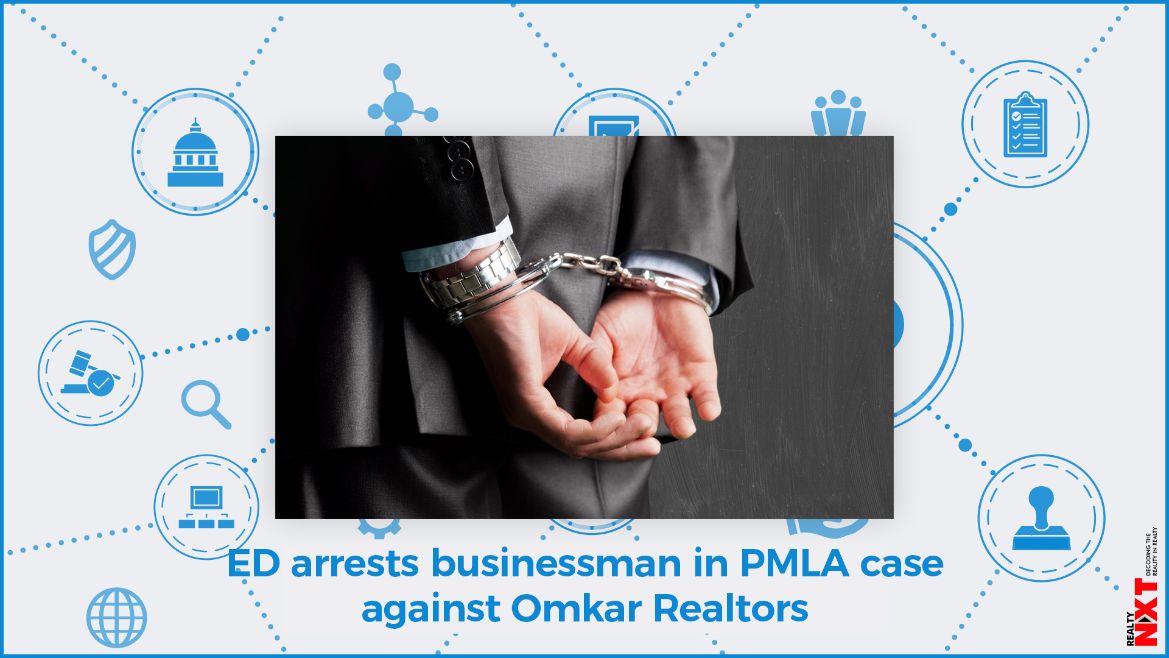 The Enforcement Directorate has arrested a businessman in connection with a money laundering case against city-based realty group Omkar Realtors and Developers, official sources said on Monday. They said Sachin Joshi was arrested under various sections of the Prevention of Money Laundering Act (PMLA) on Sunday after he was questioned here in connection with the case.

Joshi is stated to be an actor and a promoter of the JMJ business group. His role and links with the realty group are being investigated, they said.

Joshi is expected to be produced before a local court here on Monday where the Enforcement Directorate (ED) will seek his remand for custodial interrogation, they said.

The central probe agency had last month arrested chairman of Omkar Relators and Developers, Kamal Kishore Gupta and MD Babulal Varma (managing director) after raids were carried out against them and the group.

The PMLA case pertains to alleged irregularities in the execution of the SRA (slum rehabilitation authority) scheme in development of a housing society in Mumbai.

The company and the two executives are also facing allegations of “diverting” over Rs 400 crore loan from Yes bank.

The ED case has been filed after studying an FIR of Aurangabad (Maharashtra) district police that was registered under various sections of IPC like cheating and criminal breach of trust, the agency had said earlier.

The ED had quoted the police FIR to say that “Omkar Realtors and Developers Pvt Ltd and its directors bought a firm ‘Surana Construction’ which had SRA rights for re-development of Anand Nagar SRA Cooperative Housing Society in Mumbai’s Wadala area”.

“However, Omkar and its promoters did not pay back the amount due to the seller and also mortgaged future FSI (floor space index) of the said SRA project and took huge amounts of loans,” it said.

The ED also claimed its probe found that “loans to the tune of Rs 410 crore were diverted and not used for intended purposes”.

“No work of SRA building was undertaken. The requisite rules and procedures under SRA were ignored by the accused and documents relating to names of slum dwellers were forged to claim more FSI for mortgaging the same with banks for taking the loans,” the ED had alleged.

Reacting to the arrests of its top executives last month, the company had said that it was “emphatic that Omkar Group is not in violation of any lending norms and slum approvals”.