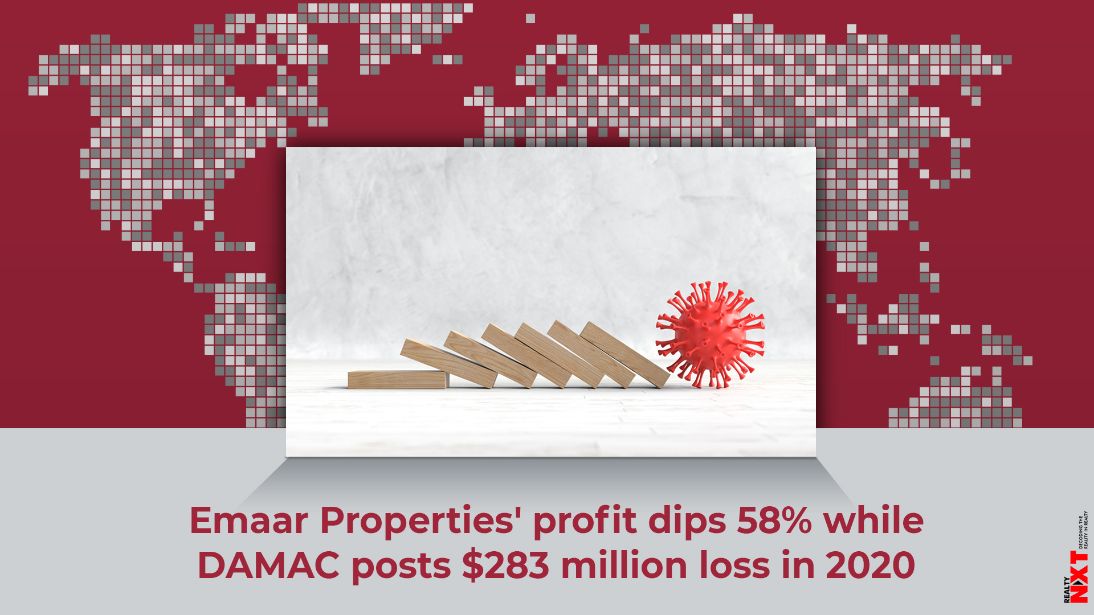 Emaar’s founder Mohamed Alabbar was more optimistic about 2021, saying there were opportunities both traditional and technological that didn’t exist five or 10 years ago.

The pandemic has put added pressure on the property sector, where for years supply has outpaced demand for new houses and apartments in a market where most of the population are foreigners.

The fortunes of Dubai’s developers were in sharp contrast to Abu Dhabi’s biggest developer Aldar Properties, which posted a 2020 net profit of 1.932 billion dirhams, marginally higher than the prior year, and beat analysts’ expectations.

Aldar’s performance was boosted by strong development sales and a ramp-up of development management projects.

The Dubai market has been hit harder than Abu Dhabi’s, the wealthier of the two emirates and the producer of most of the United Arabe Emirates’ crude.

DAMAC, the owner of the Middle East’s only Trump-branded golf course, located in Dubai, said the emirate’s property market in general had been adversely affected by the pandemic. Its chairman Hussain Sajwani said it would take at least 12-24 months to see a “substantial recovery”.

“With COVID-19 still prevailing across the world, tourism has dramatically fallen, which has been a critical force that drives Dubai’s economy and boosts its property market,” Sajwani said.

DAMAC’s sales contracted 26% to 2.3 billion dirham, DAMAC said in a statement. Revenue, which includes past sales recognised in the annual reporting period, grew 6.2% to 4.67 billion dirham.

Emaar’s founder Mohamed Alabbar was more optimistic about 2021, saying there were opportunities both traditional and technological that didn’t exist five or 10 years ago.

Dubai’s house prices are expected to fall at a slower pace this year and next than previously thought as hopes for a successful vaccine rollout and an economic recovery boost confidence in the sector, a Reuters poll showed.