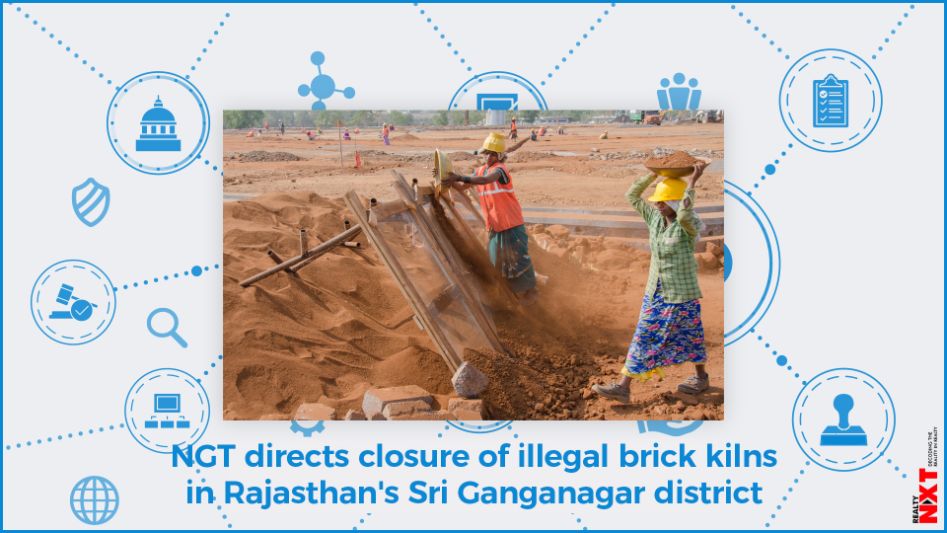 The tribunal was hearing a plea filed by Hakam Singh and others seeking compliance of environmental norms by the brick kilns in Rajasthan.

The National Green Tribunal has directed the authorities to take action against the illegal operation of brick kilns in Sri Ganganagar district of Rajasthan and shut down the units that are running without permission.

A bench headed by NGT Chairperson Justice A K Goel also ordered recovery of environmental compensation for the period of illegal operation following due process of law.

“For those not having consents, closure can be immediately, particularly when show-cause notice has already been given. For those having consents, it is necessary to verify whether they are meeting the prescribed pollution norms and the siting norms,” the bench said.

The tribunal directed that a joint committee of the Central Pollution Control Board, state pollution control board and the District Magistrate may look into these aspects and furnish a factual report within three months.

“The state pollution control board and District Magistrate may take remedial action against kilns operating without consent forthwith and for assessment and recovery of compensation, after following due process.

“Similarly, action be taken, in accordance with law, against those found non-compliant, and action taken report filed. Notice is not being issued to individual kilns, as the statutory authorities will follow due process while taking action, in exercise of their statutory powers, for which hearing by this tribunal is not required,” the bench said.

Advocate Pushpinder Singh, appearing for the petitioners, submitted that 225 brick kilns are operating without any consent to operate and should be closed immediately.

The tribunal was hearing a plea filed by Hakam Singh and others seeking compliance of environmental norms by the brick kilns in Sri Ganganagar district in Rajasthan.

The plea alleged absence of requisite consents under the Air and the Water Acts and siting criteria resulting in air pollution.