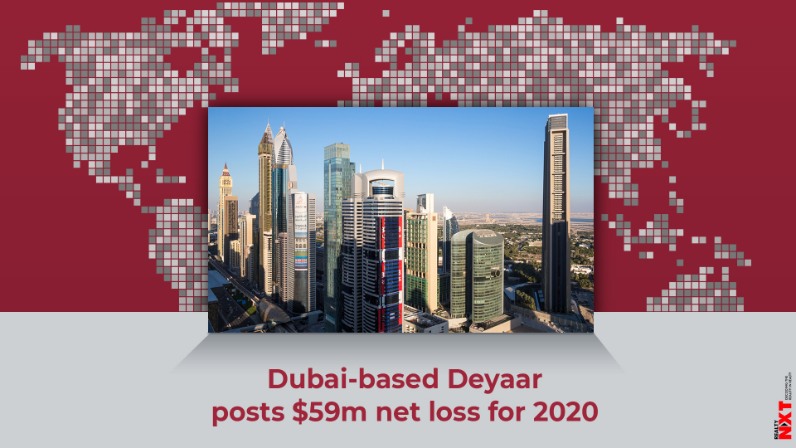 Dubai-based Deyaar Development has announced a net loss of $59 million for 2020, which has been blamed on the global coronavirus pandemic and its impact on real estate, hospitality and tourism.

Listed on the Dubai Financial Market and majority owned by Dubai Islamic Bank (DIB), the company reported revenues of $112.4m, down over 31 percent from $164m in the previous year.

Saeed Al Qatami, CEO of Deyaar, said: “The year 2020 has witnessed big challenges as a result of the pandemic and its impacts on all sectors without exception, and we have been keen in Deyaar to ensure the continuity of all our operations during this crisis, as construction continued in our projects according to the scheduled timeline.

“The biggest challenge we faced was in the hospitality sector, however we trust that the hospitality business will pick up and will return to growth again, especially with the efforts made by the government in taking all the precautionary measures while making great progress in the vaccination program across the country.”

The company recently announced the completion of its Bella Rose project in Dubai Science Park ahead of schedule and started the handover of the units. Deyaar also announced the appointment of the main contractor and started the construction in the third and fourth phases of the Midtown project, while successfully delivering the first and the second phase early last year.

Dubai’s Emaar Properties PJSC reported a 58 percent slump in profit for 2020, while Damac Properties PJSC posted its second consecutive full-year loss – underscoring the impact of an oversupply aggravated by the coronavirus pandemic.

Aldar Properties PJSC in neighbouring Abu Dhabi, however, performed better than Emaar and Damac. It posted a profit that was almost unchanged from a year ago as it benefits from government contracts.

A property glut and faltering demand have driven Dubai home prices down by more than 30 percent since the market peaked seven years ago, a decline made worse by the pandemic. The government last year set up a committee to manage supply and demand, while property developers temporarily halted new projects.