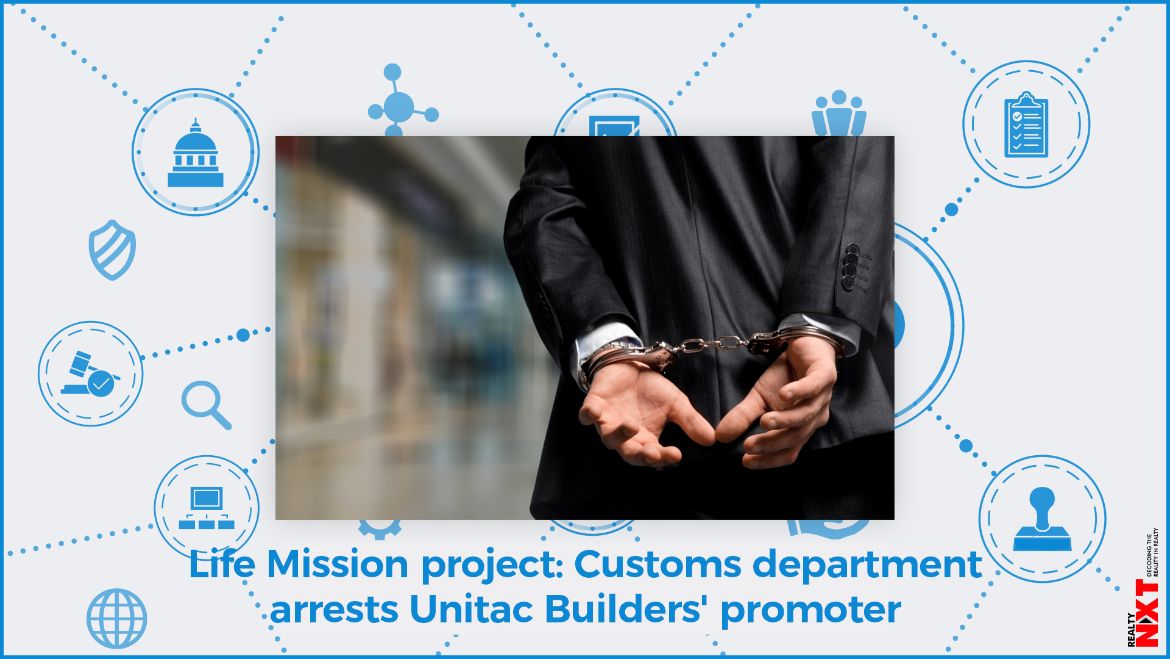 The controversial Life Mission housing project that shook the Pinarayi Vijayan government, on Tuesday took a new turn when the Customs department arrested Santhosh Eapen, whose company Unitac Builders – was entrusted with the construction of 140 flats for the homeless under a Kerala government housing project in Thrissur district.

Eapen has been arraigned as the fifth accused in the case by the Customs, which found that a large amount in dollars was taken out of the country, using the influence of the accused.

Eapen for the past few days was on the radar of the Customs and was questioned for a few days in the past week. On Tuesday his arrest was recorded after he was called for questioning.

Life Mission, billed as the pet project of Vijayan, handed over the construction of 140 flats to Santhosh Eapen’s firm Unitac Builders. This was allegedly facilitated by Swapna Suresh (prime accused in the now infamous Kerala gold smuggling case that surfaced in July last year) as this project was funded by UAE based charity organisation Red Crescent and routed through the UAE Consulate where she had good contacts.

It was Vijayan who on a visit to the UAE had finalised this project. The state government decided to give the land for free for the housing project. Swapna managed to get the project for Eapen’s firm by outwitting a leading construction firm known for its track record in social housing projects.

Soon after Sivasankar secured bail, the Congress-led Opposition had alleged that even after so many months of these cases surfacing, despite having clinching evidence linking the accused, Vijayan and the BJP have patched up and hence the central agencies have lost interest in pursuing these cases.

Congress legislator Anil Akkara who had approached the CBI for a probe in the case, reacting to the fresh developments, said he will not rest till all the accused are brought to book.