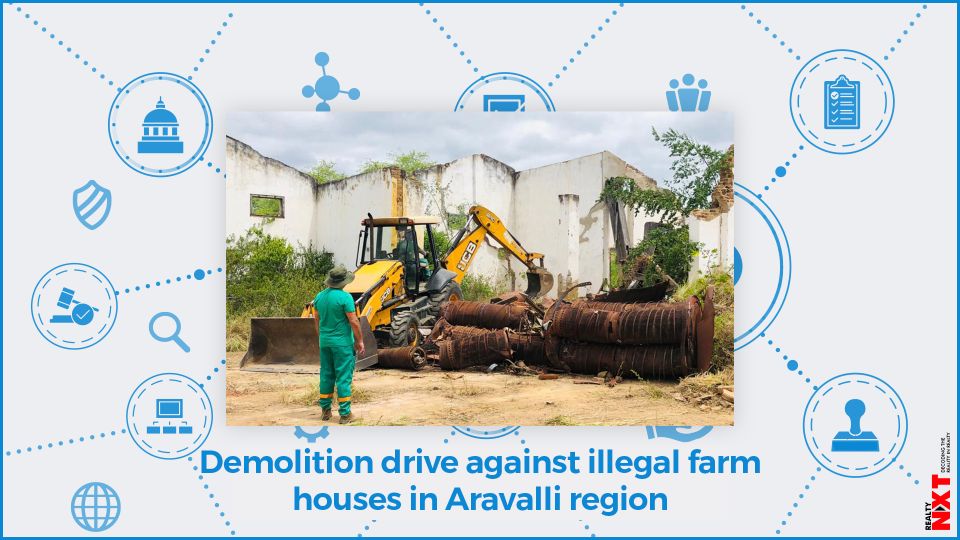 The National Green Tribunal(NGT) had issued an order to demolish all the illegally built farm houses on forest land in the Aravalli hill region.

A campaign will begin from Wednesday to demolish the farmhouses illegally built in the Aravalli region, a forest official said.

The National Green Tribunal(NGT) had issued an order to demolish all the illegally built farm houses on forest land in the Aravalli hill region.

As per the order, the forest department had conducted the survey. About hundreds of farmhouses have been constructed on the Aravalli hills while cases related to few farmhouse owners are still pending in court.

For the drive, the Gurugram district administration has also formed a committee that consists of officials of the Forest Department, Municipal Corporation of Gurugram (MCG) and the Duty Magistrate. The demolition drive will conduct under the supervision of this committee.

A large number of illegal farm houses have been set up by the people in the Raisina Aravalli hill area near Sohna. These farmhouses were built without any government permission.

The farmhouses were developed and sold by a private builder before 1990 under the Raisina zone of the Aravalli hills. Some registries belonged to pre-1992. Some of the farmhouses have been sold multiple times to different people.

“It is mandatory to appoint a Duty Magistrate to sabotage. As far as the Forest Department is concerned, we have prepared at every level. All farmhouses will be demolished as per the stipulated time,” forest official Karmaveer Malik said.

“If anyone creates any problem during the drive action will be taken against them as per the law,” he said.