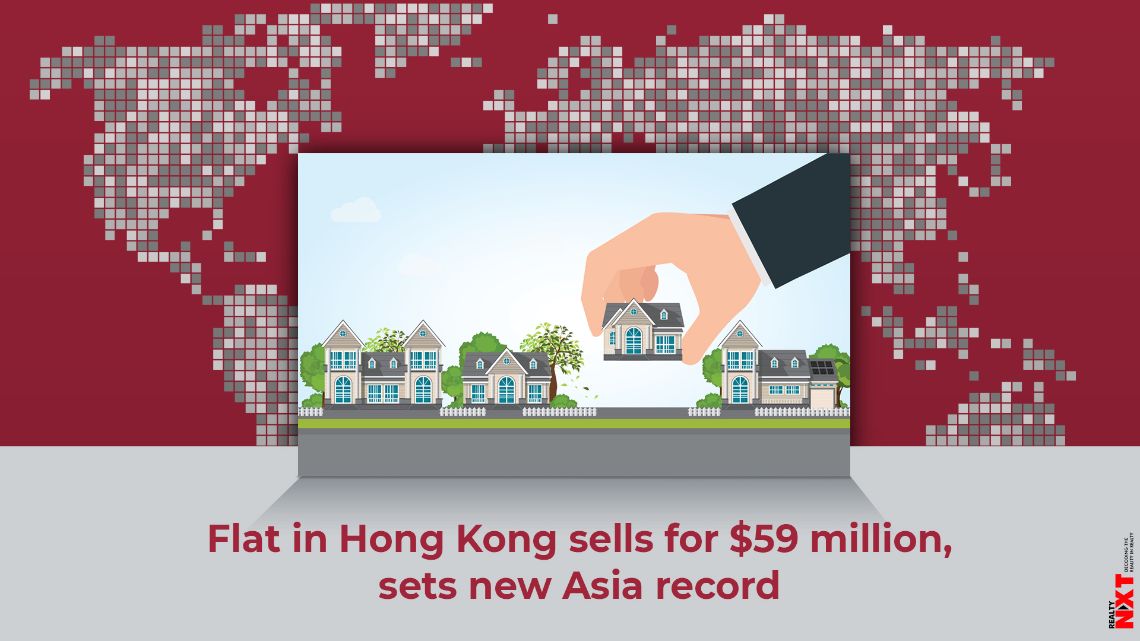 While there have been more expensive properties sold in Hong Kong, the 3,378-square-foot penthouse in the affluent Mid-Levels neighbourhood set a new benchmark.

Hong Kong may be in its worst recession in years but its luxury property market is still thriving after a five-bedroom apartment broke records with its $59 million price tag.

While there have been more expensive properties sold in Hong Kong, the 3,378-square-foot penthouse in the affluent Mid-Levels neighbourhood set a new benchmark for price per square foot at $17,500.

The HK$459.4 million sale, reported by local media on Wednesday and recorded in the development’s register of transactions, illustrates the stark inequality in Hong Kong.

Recent political instability coupled with the coronavirus has hammered the economy, which contracted a record of 6.1 percent last year. Unemployment is currently at 6.6 percent, the highest in 16 years.

The price paid by the unidentified buyer for the property at 21 Borrett Road — a newly built luxury apartment tower — beat the previous price per square foot record set in 2017.

And it comes a week after a consortium set a new record when it paid $935.2 million — or $6,450 per square foot — for a piece of land on The Peak, the mountain that dominates Hong Kong Island and remains the city’s most exclusive neighbourhood.

Hong Kong is a city of stark contrasts — where impoverished elderly people can be seen collecting cardboard to recycle on streets filled with supercars and luxury goods stores.

The cramped financial hub regularly tops various rankings of cities with the least affordable housing in the world, with even the cheapest apartments far out of reach for most workers.

Successive governments have failed to tackle inequality or the yawning shortage of housing, something that helped fuel huge democracy protests in recent years.

A 2019 report by real estate firm CBRE ranked Hong Kong as the most expensive city for residential property, with an average price of $2,091 per square foot.

It listed the average property price in Hong Kong as $1.2 million — far above second-placed Singapore at $874,372.

A report that year by UBS said a “skilled worker” needed 22 years of income to afford a 60-square-metre (645-square-foot) flat, up from 12 years a decade ago, with salaries staying largely the same since 2008.

But the ultra-wealthy have seen their fortunes continue to grow.

According to Knight Frank’s global wealth report, the number of billionaires in Hong Kong grew from 40 in 2013 to 71 in 2019, giving the city one of the highest ratios of billionaires per capita in the world.