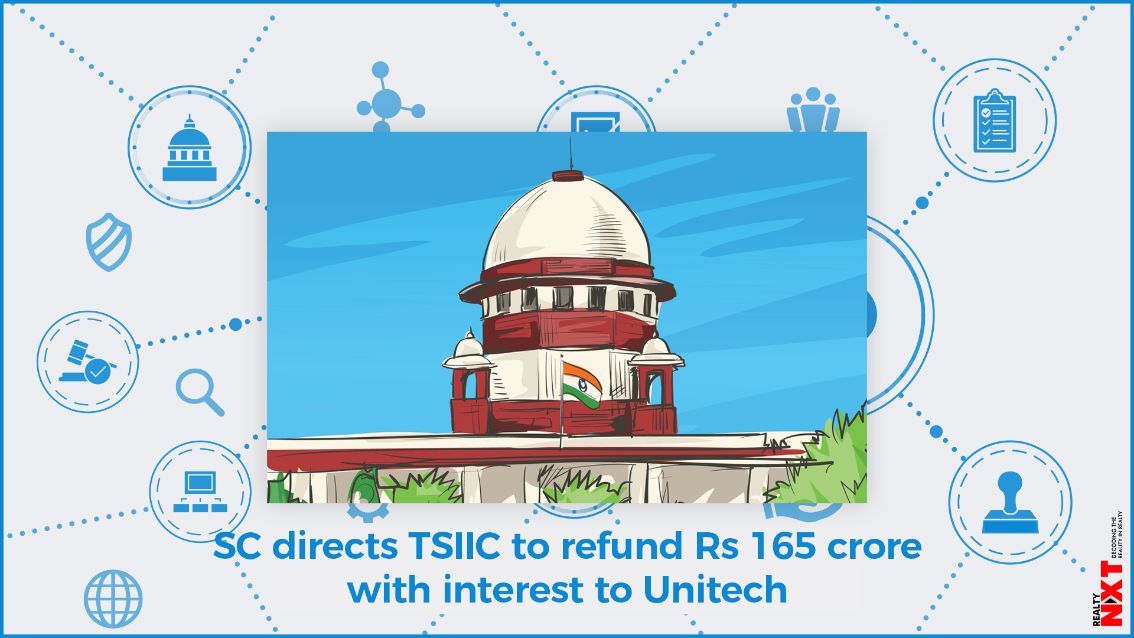 A bench comprising Justices D.Y. Chandrachud and M.R. Shah said: “Unitech shall be entitled to a refund of an amount of Rs 165 crore together with interest at the SBI-PLR commencing from the respective dates of payment, computed in accordance with the provisions of the Development Agreement (except for compounding).”

On August 19, 2008, a Development Agreement was entered into between APIIC, Unitech and Nacre Gardens Hyderabad Ltd, formerly known as Unitech Hyderabad Township Ltd, a special purpose vehicle formed to execute the project.

However, the project did not move forward as the TSIIC, which took over issues related to project from the APIIC, after the bifurcation of the state, could not remove encumbrances before work could commence. Unitech then moved the court for a refund.

The single judge and a division bench of the Telangana High Court passed key directions in favour of Unitech, which has been upheld by the top court.

The top court verdict came on three separate appeals filed by Unitech, the TSIIC and the Telanagana government challenging the division bench judgment.

The TSIIC and the Telangana government argued that the development agreement, on the basis of which Unitech has sought to avail its contractual remedy has not been registered or assessed to stamp duty. However, the bench said: “Unitech’s claim to compensatory payment cannot be defeated on the sole ground of the payment of stamp duty.”

The top court said the development agreement shall have to be impounded and be presented to the Chief Controlling Revenue Authority in Telangana for assessment of stamp duty and to the competent authority for registration. “The assessment shall be completed within 30 days.

The appropriate stamp duty and registration charges liable to be paid in terms of the determination shall be paid by the TSIIC and be deducted from the refund due and payable to Unitech under the terms of this order,” it said.

The bench said the amount payable towards stamp duty, penalty (if any) and registration charges shall be paid initially by the TSIIC into the account of the competent authority within two weeks of the determination and shall be adjusted against the refund payable by the TSIIC to Unitech.

ALSO READ: RINL Can Use 7K Acres Of Vizag Steel Plant’s Unused Land Instead Of Selling It