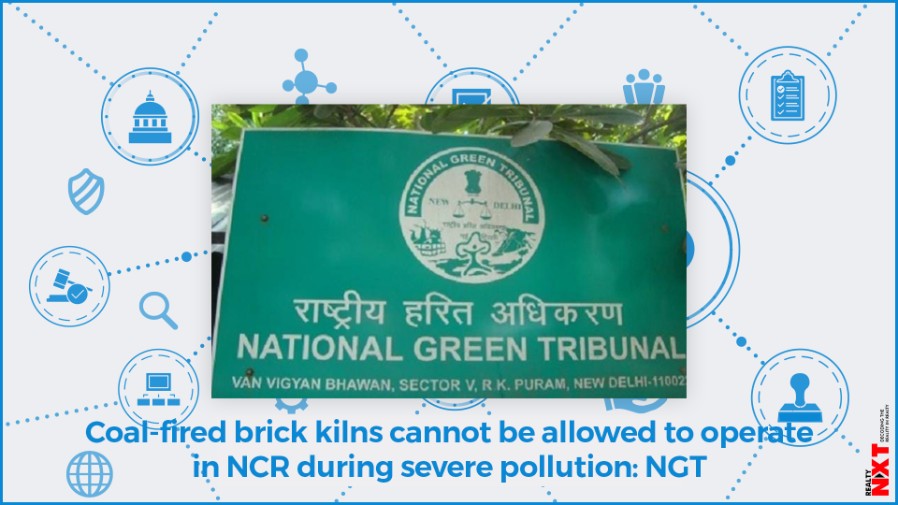 Unless there is a change to a cleaner fuel (PNG), brick kilns beyond the number specified cannot be allowed in the NCR, the green panel said.

Coal-fired brick kilns cannot be allowed to operate in the NCR even if zig-zag technology is used and improved procedures are followed during ‘severe’ pollution, the National Green Tribunal has said. Unless there is a change to a cleaner fuel (PNG), brick kilns beyond the number specified cannot be allowed in the NCR, the green panel said.

It said that the Central Pollution Control Board (CPCB) has found that there is no assimilative capacity during the period air quality is ‘severe’ and only during months of March to June, there is a limited capacity.

“Those brick kilns which switch over to PNG will be entitled to operate even beyond months of March to June and even beyond limited number mentioned, subject to compliance with the law,” said a bench headed by NGT Chairperson Adarsh Kumar Goel.

The tribunal said that a distance of at least 500 meters is required to be maintained in the location of brick kilns.

“When brick kilns start, they should not be allowed to start simultaneously but their firing should be staggered to avoid adverse impact on the environment. Other safeguards of fugitive dust emission management need to be adopted,” the bench said.

The NGT said since there is the variance of figures given during March to June, only such number can be allowed which can be sustained throughout the period i.e. the minimum figure of a particular month out of the four months which comes to 444 in Haryana (in May) and 200 in UP (in June).

Such shortlisting may be done applying suitable siting criteria taking into account interse distance and distance from sensitive locations and compliance of consent conditions for which the CPCB, State PCB may work out an appropriate mechanism.

Further, the location of brick kilns be scattered on pro-rata basis, in different directions of the concerned area, having regard to background and carrying capacity parameters.

The tribunal had earlier rejected a plea to allow brick kilns running on ‘Zig-Zag’ technology in NCR saying their operation will have a disastrous effect on the air quality.

It had directed the CPCB to constitute a committee of five experts to suggest ways and means, if any, by which sustenance of brick kilns activities may be viable.

The NGT had said it conscious that brick kilns may be necessary and the object of this order is not to stop any legitimate business activity but to enforce the right to breathe fresh air which is right to file.

The tribunal was hearing a plea by brick kiln owners seeking permission to operate those units which are running on ‘Zig-Zag’ technology in NCR till level of air pollution becomes normal.

In Zig Zag kilns, bricks are arranged to allow hot air to travel in a zigzag path which results in better mixing of air and fuel allows complete combustion, reducing coal consumption by about 20 per cent.

Other brick kilns (FCBTK) have already been prohibited by the order of the Environment Pollution (Prevention and Control) Authority to enforce Graded Response Action Plan, stipulating shutting of Brick kilns in NCR under severe conditions when particulate matter level is high in the air.

ALSO READ: RINL Can Use 7K Acres Of Vizag Steel Plant’s Unused Land Instead Of Selling It