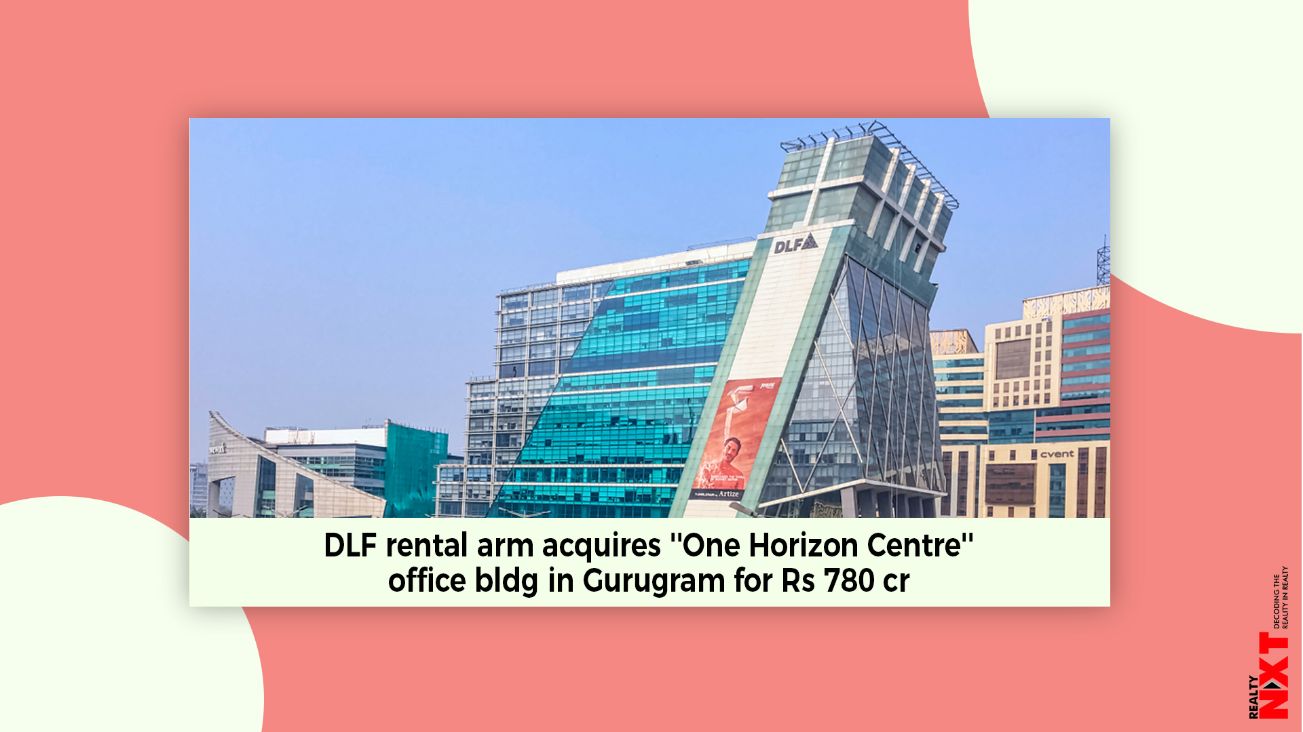 The DCCDL is a joint venture firm of DLF and Singapore’s sovereign wealth fund GIC.

Realty major DLF’s rental arm DCCDL has completed the acquisition of the entire 52 per cent stake of US-based Hines in a premium commercial project in Gurugram for Rs 780 crore.

In December, DLF had informed that its joint venture firm DLF Cyber City Developers Ltd (DCCDL) entered into a securities purchase agreement with funds managed by Hines for acquisition of their stake in Fairleaf Real Estate, which owns and operates ‘One Horizon Center’.

“DCCDL has completed the acquisition of this 51.8 per cent stake at a consideration of Rs 779.40 crore and consequently Fairleaf has become a wholly-owned subsidiary of DCCDL with effect from today i.e. February 18, 2021”, DLF said in a regulatory filing.

Hines had nearly 52 per cent stake in the One Horizon Centre while the rest was with the DCCDL.

The DCCDL exercised the first right of refusal to acquire Hines’ stake.

The DCCDL is a joint venture firm of DLF and Singapore’s sovereign wealth fund GIC. DLF holds 66.66 per cent stake in the DCCDL while GIC has the rest.

The commercial tower ‘One Horizon Center’ has a leasable area of about 8,13,000 square feet, mainly high-end Grade A office spaces along with complementary retail space.

The acquisition is subject to customary conditions to closure and is expected to be consummated in the next quarter.

DLF’s MD-Rental Business Sriram Khattar had said the company acquired complete ownership of this asset at a right price.

“We will fund this acquisition from internal accruals and bank loans,” he had said.

Khattar had said the company would get an additional annual rental income of Rs 150-160 crore after this deal gets concluded.

Market sources said the deal has been struck at a total enterprise value of Rs 2,000 crore, while the project had a debt of around Rs 500 crore.

Post acquisition, the DCCDL platform will have about 34 million sq ft of the operational rental portfolio. DCCDL had reported a 15 per cent rise in its rental income last fiscal at Rs 3,006 crore on strong demand for quality office and retail spaces.

DLF and Hines entered into their first joint venture in 2008 to develop One Horizon Center in DLF-5 Gurugram, Haryana.

They formed another joint venture in March last year to develop an office project in Gurugram on 11.76 acre land parcel bought by DLF for nearly Rs 1,500 crore through e-auction conducted by the Haryana government in February 2018.

DLF had sold 33 per cent stake in this commercial project to Hines, for around Rs 650 crore.

Meanwhile, DLF had in December 2017 entered into a joint venture with GIC when DLF promoters sold their entire 40 per cent stake in DCCDL for nearly Rs 12,000 crore.

This deal included sale of 33.34 per cent stake in the DCCDL to GIC for about Rs 9,000 crore and buyback of remaining shares worth about Rs 3,000 crore by the DCCDL.