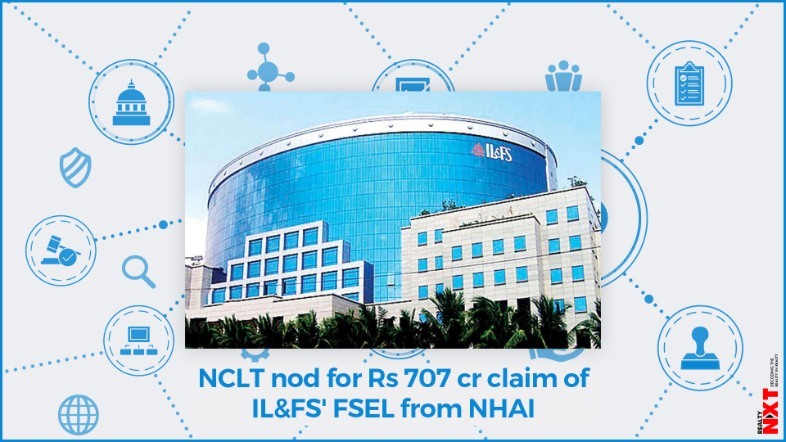 The NHAI Conciliation Committee had last year approved the claim for FSEL.

The National Company Law Tribunal (NCLT) has approved the settlement claim of Rs 707.709 crore made by Fagne Sonagarh Expressway Limited (FSEL), a special purpose vehicle of IL&FS for the expressway project, from National Highways Authority of India (NHAI).

The settlement amount will be paid by NHAI under the approved guidelines for resolution of road projects that have been stuck for various reasons. The NHAI Conciliation Committee had last year approved the claim for FSEL.

As per the Road Transport and Highways Ministry’s guidelines formulated in March 2019, incomplete or stalled projects for various reasons, authorities would be able to foreclose the project’s concession agreement and pay a compensation based on value of work done or 90 per cent of debt due, whichever is lower.
FSEL project has been resolved under these guidelines as the company could not complete the project on account of financial distress and defaults.
Allowing the application for the settlement, the Mumbai bench of NCLT said: “The settlement amount paid by the NHAI to FSEL subcontractors shall be deposited into an Escrow Account in any nationalised bank and shall be maintained as fixed deposits.”
Further, the deposits would be immune to any adjustment or set off against any other dues.
The crisis-ridden IL&FS Group last month said that it has addressed aggregate debt of around Rs 32,000 crore.
The aggregate debt of Rs 32,000 addressed comprised around Rs 21,600 crore of debt addressed basis cash balances and around Rs 10,300 crore of additional net recovery expected from resolution and restructuring applications filed with the NCLT (Mumbai) and NCLAT, the approvals for which were awaited, it had said.