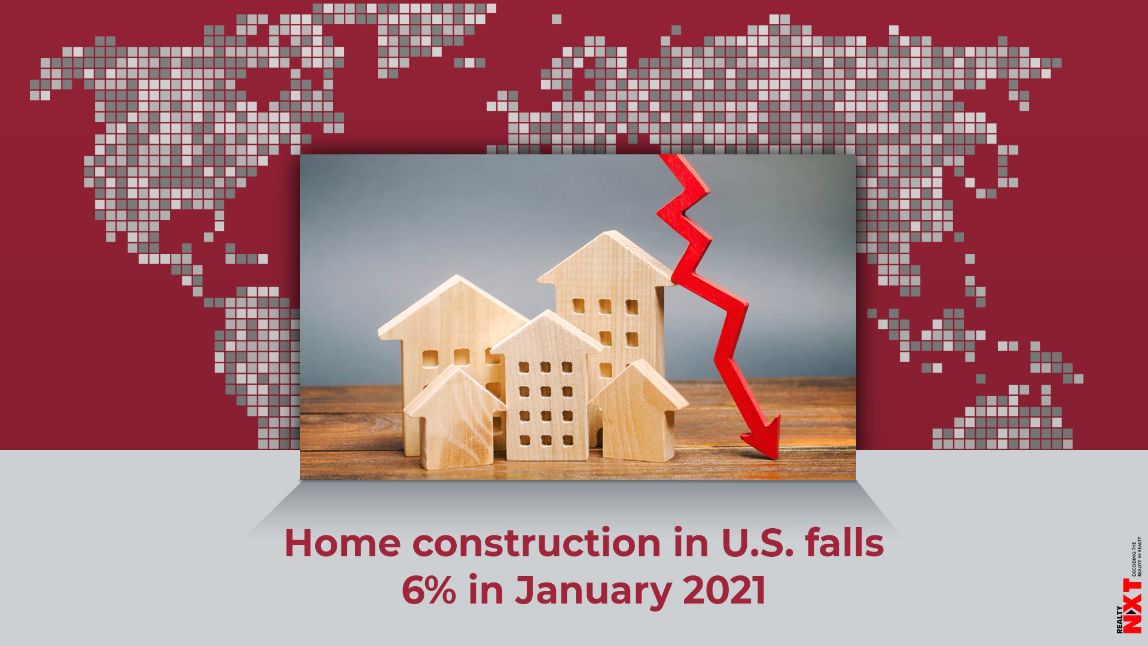 The decline pushed home and apartment construction down to a seasonally adjusted rate of 1.58 million units last month

The decline pushed home and apartment construction down to a seasonally adjusted rate of 1.58 million units last month, compared with 1.68 million in December, the Commerce Department reported Thursday.

Even with the January dip, ultra-low mortgage rates and rising demand from Americans ready for a bigger house after a year of living in a pandemic will in all likelihood mean a strong year for the housing market in 2021.

Hints of a sustained housing push could be found Thursday in the Commerce numbers.

Applications for building permits, considered a good sign of future activity, spiked 10.4% in January to an annual rate of 1.88 million units.

And strong sales this year would only extend a banner 2020 when home construction jumped 7% to 1.38 million units. That was the strongest showing since a housing boom in 2006.

“We still expect recovering demand, low mortgage rates and a shortage of supply to support a healthy rate of new home construction and the risk may be for further upsides surprises,” said Nancy Vanden Houten, lead economist at Oxford Economics.

Still, Vanden Houten expects the pace of housing construction will moderate somewhat this year as the desire to build collides with high lumber prices and well as a shortage of available land and workers.

Construction fell 12.3% in the Midwest and 11.4% in the West. It dropped 2.5% in the South. The only region of the country that saw an increase last month was the Northeast, where construction rose by 2.3%.