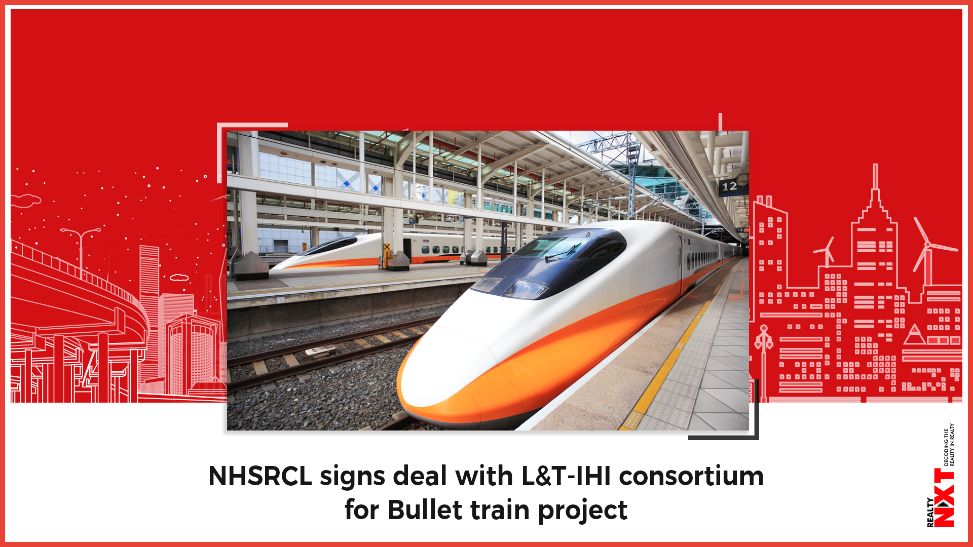 The National High-Speed Rail Corporation Limited (NHSRCL) on Monday signed a contract agreement for procurement and fabrication of 28 steel bridges with the L&T-IHI consortium for the 508 km Mumbai-Ahmedabad High-Speed Rail (MAHSR) corridor, popularly known as the Bullet train project.

An NHSRCL spokesperson said that a contract agreeemnt has been signed with the L&T-IHI, which is a consortium between Indian and Japanese companies.

Speaking on the ocassion, NHSRCL Managing Director Achal Khare said, “The actual construction work has begun for the MAHSR corridor and things are taking shape. This is the third significant contract awarded by NHSRCL for the project.”

He said the P4(X) and P4(Y) packages for 28 steel truss superstructures will not only boost the Indian steel industry, but also enhance the steel fabrication workmanship.

The NHSRCL has awarded a contract for procurement and fabrication of 28 steel bridges to L&T-IHI Infrastructure Systems consortium worth Rs 1,390 crore for crossing over railway lines, rivers, highways, roads and other structures for the ambitious 508 km Bullet train project on January 25 this year.

The NHSRCL official said that it is estimated that about 70,000 MT of steel will be used for the fabrication of these steel bridges, giving a big boost to the Indian steel industries and their allied supply chains.

Indian steel manufactures will be providing quality steel for the fabrication of the super structures for these steel bridges. NHSRCL has already sensitised the steel industry to cater to such a huge demand for India’s first high speed rail corridor.

The NHSRCL has already awarded civil contracts for the construction of 64 per cent of MAHSR alignment which includes five HSR stations at Vapi, Billimora, Surat, Bharuch, Anand/Nadiad, train depot at Surat and one mountain tunnel of 350 metres.

Bullet trains are expected to run at 320 km per hour covering the 508-km stretch in about two hours. In comparison, trains currently plying on the route take over seven hours to travel the distance, whereas flights take about an hour.