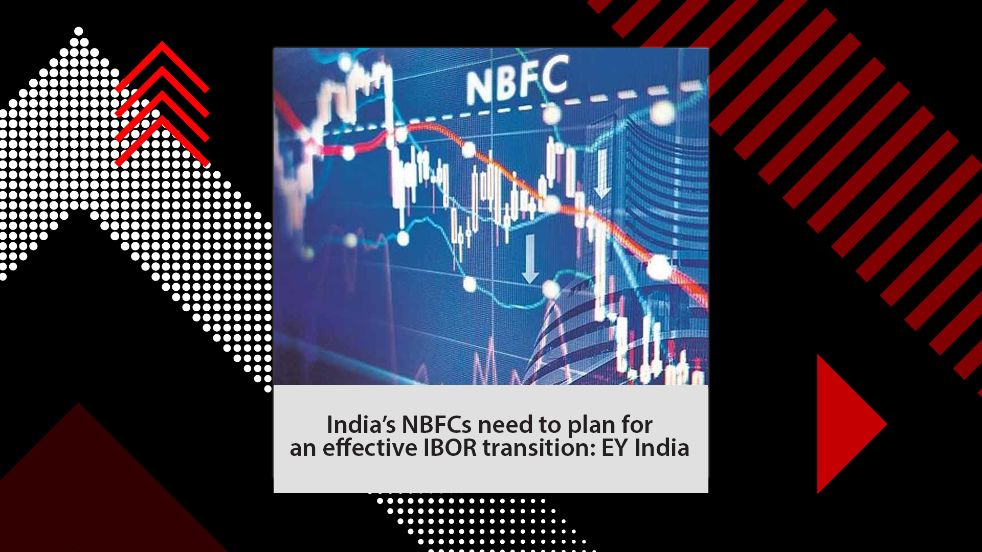 MIFOR widely used by banks in India for setting prices on forward rate agreement and derivatives has USD LIBOR as its core component.

In financial parlance, LIBOR refers to one of the most common series of benchmark rates referenced by contracts measured in trillions of dollars across global currencies.

“This is an opportune time for NBFCs to develop LIBOR transition plans and proactively communicate with regulators, investors, lenders, customers and other counterparties,” Sandip Khetan, Partner and National Leader, Financial Accounting Advisory Services (FAAS), EY India was quoted as saying in a statement.

“This will invariably enable NBFCs to proactively engage with their corporate clients who will also be impacted by LIBOR migration on account of their sizeable overseas borrowings and derivative exposures.”

According to the report, NBFCs with exposures to interest rate derivatives and foreign currency borrowings linked to London Interbank Offered Rate (LIBOR) need to be mindful of the transition to Alternative Reference Rates (ARR) also known as Risk free rates (RFR).

“There is an estimated overseas foreign currency borrowings of USD 13bn and notional derivative exposure covering forward rate agreements, interest rate swaps and cross currency swaps to the tune of USD 18bn across the top 10 NBFCs,” the statement said.

“It is imperative for NBFCs to understand what it means to link their Fx borrowings and derivative transactions to Secured Overnight financing rate (SOFR), Sterling Overnight Interbank Average Rate (SONIA) or other comparable RFR benchmark interest rates.”

“This may now be linked with SOFR, the ARR used for US dollar denominated derivatives and loans. NBFCs cannot remain detached from this transition as it is equally important for them to inventorise their LIBOR linked borrowings and derivative exposures and develop a proactive roadmap to assess impact on their financial statements, bottom line and their ability to raise overseas borrowings at a competitive rate.”

“NBFCs may need to examine their legacy contracts linked to LIBOR and understand hedging and other implications on new contracts that may be linked with SOFR or any other comparable benchmark rates.”

In addition, the statement said that an early impact assessment will help NBFCs understand the problem statement and respond ahead of time, if it means repapering the contracts or aligning its wider treasury and hedging objectives on foreign currency loans hedged with derivatives.