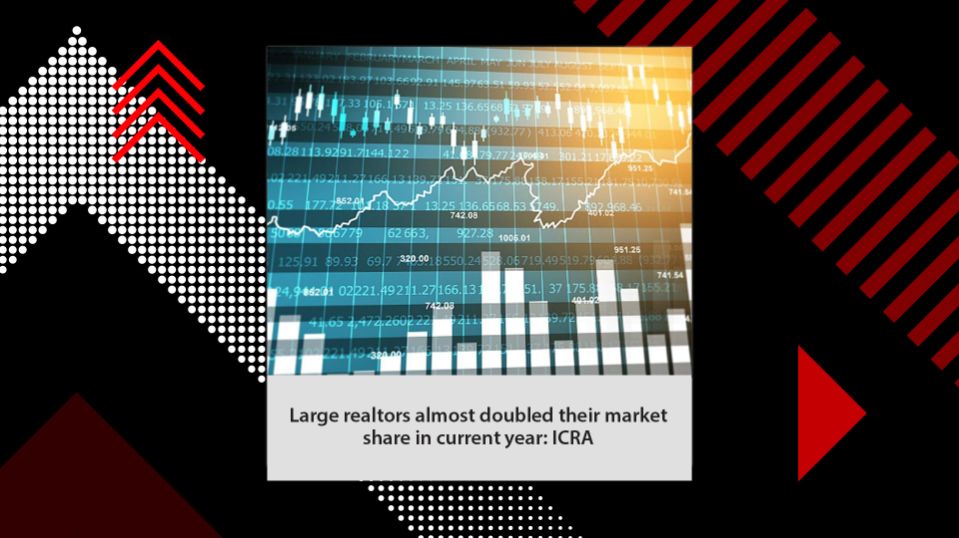 A ”K-shaped recovery” is underway in the realty sector, where access to credit and demand consolidation has helped large players grow handsomely even as their smaller sized rivals struggle, a report said on Monday.

The smaller sized real estate companies” woes will “weigh heavily” on the sector as a whole, domestic rating agency Icra said in its report, adding such players hold an 80 per cent market share.

The agency said the top-10 listed companies witnessed a 61 per cent growth in the December quarter, even as the broader market remained 24 per cent below the pre-COVID levels.

A ”K-shaped recovery” is representative of inherent inequalities, where the rich get richer, even as the marginalised slide down. The phrase has been used a lot by observers in the aftermath of the pandemic, which has hurt the most for the poor and migrant populations.

“Residential real estate is witnessing a K-shaped recovery on account of accelerated consolidation,” the agency said, pointing out that the large, listed players almost doubled their market share in the current year to above 21 per cent in the first nine months of the financial year 2021 (FY21) as against the financial year 2020 (FY20).

In terms of launches as well, the market share of large developers has increased from 11 per cent in FY20 to 22 per cent in the first nine months of FY21, it said, adding larger developers have been benefitting from demand consolidation and better credit availability.

“Home-buyers had been leaning towards developers with an established track record of on-time and quality project completion even prior to the onset of the pandemic. This had resulted in large, listed players reporting healthy sales and collections in recent years, despite the prevailing liquidity crisis and unfavourable supply-demand dynamics,” Shubham Jain, senior vice president at the agency, said.

For the broader market, COVID-19 triggered one of the worst demand crashes in recorded history, with housing sales volumes witnessing a Y decline of 62 per cent during Q1FY21 across the top eight cities of the country, which came down to 24 per cent by Q3.

Overall operating cash flows for most developers, including the listed players, are expected to witness moderation in the current financial year, resulting in increased reliance on available liquidity and/or refinancing to meet committed outflows, the agency said.

However, the larger, organised players have maintained considerable liquidity buffers, and have low levels of leverage, together with high financial flexibility.

These aspects have provided significant support in managing event-related shocks. Thus, most large organised players with established brands, low leveraged balance sheets and adequate liquidity are benefitting from the acceleration in consolidation in the residential real estate segment, it said.

Gradual unlocking of the economy and pent-up demand has been supporting housing sales. Moreover, the repo-linked lending rate (RLLR) for home loans has touched a historical low.

This has resulted in improved affordability and has been stimulating house purchases, at least from larger, reputed developers with a strong track record of timely project completion and quality construction, it said.