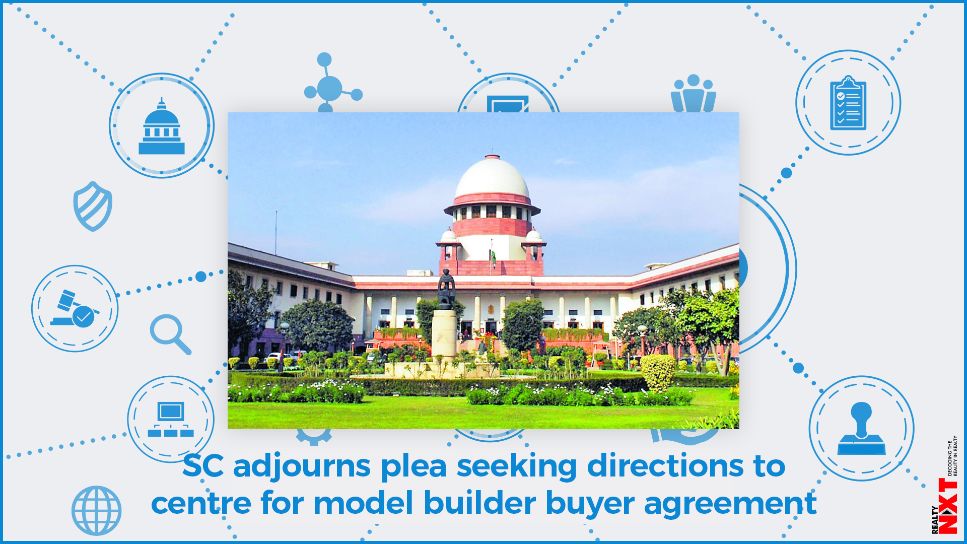 The Supreme Court on Monday adjourned by a week hearing on a petition seeking guidelines to the Centre for framing ‘Model Builder Buyer Agreement’ and ‘Model Agent Buyer Agreement’.

“This is a concurrent list matter and we are not sure whether the Union can legislate over it. However, we will see it. We adjourn it by a week,” said an apex court bench headed by Chief Justice of India Sharad Arvind Bobde said. The bench also includes Justices AS Bopanna and V Ramasubramanian

The bench led by CJI observed that every state government has provided rules and model agreements between the buyer and the builder.

Maneka Guruswamy, senior lawyer appearing for one of the petitioners from Karnataka, said that different states have disparate buyer builder agreements. We cannot proceed against holding companies.

The petition has been filed by BJP leader and lawyer Ashwini Kumar Upadhyay. It seeks directions from the top court to the Centre to frame a ‘Model Builder Buyer Agreement’ and ‘Model Agent Buyer Agreement’ to infuse transparency, reduce frauds and restrain builders and or promoters from indulging in arbitrary unfair and restrictive trade practices.

The petitioner sought direction from the apex court to protect the rights and interests of customers, in the spirit of aims and objects of the RERA Act 2016 and Articles 14, 15 and 21 of the Indian Constitution.

The petitioner sought accountability towards customers and developing an effective mechanism to weed out criminal conspiracy for wrongful gains, criminal breach of trust and “dishonest misappropriation of buyers’ money by promoters and agents”.

Upadhyay, in his petition, also sought directions to compensate buyers for losses incurred due to inordinate delay on the part of promoters and to recover the money, “misappropriated by promoters and agents under the garb of taxes, interests, penalties and other charges”.