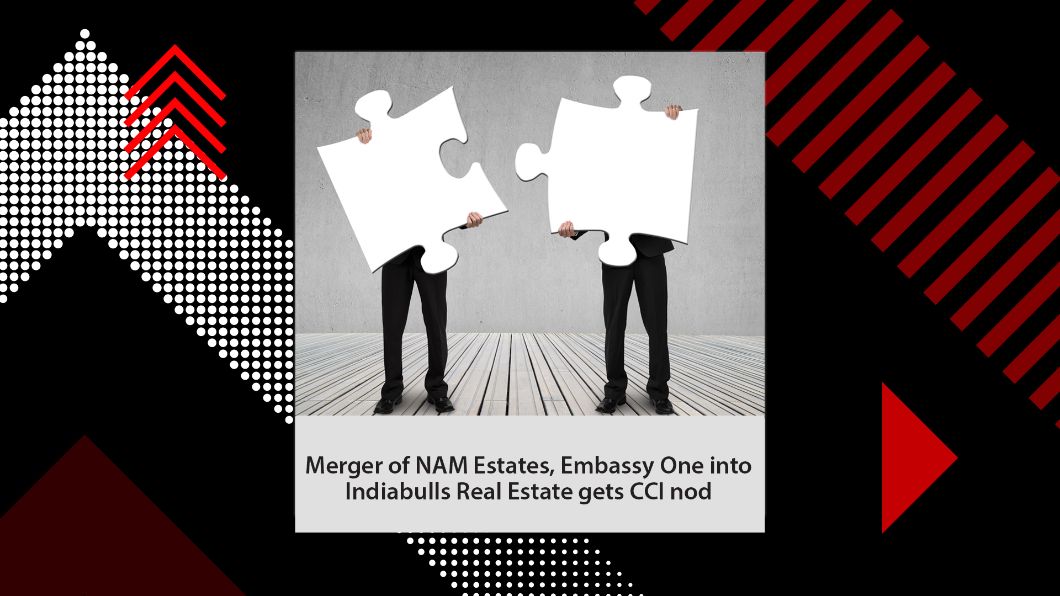 Embassy Group already has around 14 per cent stake in Mumbai-based IBREL and the same will increase to 45 per cent after the merger of assets of these two companies.

The Competition Commission of India (CCI) on Wednesday approved the proposed merger of NAM Estates Pvt Ltd and Embassy One Commercial Property Developments Pvt Ltd into Indiabulls Real Estate Ltd (IBREL). IBREL as well as Embassy Group’s arm NAM Estates and Embassy One Commercial Property Developments (NAM Opco) had entered into a definitive merger documentation to amalgamate ongoing, completed and planned residential and commercial projects of these two subsidiaries, a regulatory filing had said in August 2020.

Embassy Group already has around 14 per cent stake in Mumbai-based IBREL and the same will increase to 45 per cent after the merger of assets of these two companies.

“The combined IBREL entity shall become one of India’s leading real estate development platforms, with 80.8 million square feet of launched and planned development potential,” the filing had said.

The merged entity will have about 30 projects.

“Subsequent to the merger being effected, the resultant listed entity shall be owned 44.9 per cent by Embassy Group, 26.2 per cent by the existing public and institutional shareholders, 9.8 per cent by existing IBREL promoter group and 19.1 per cent by BREP and other Embassy institutional investors,” the filing had said.

The proposed transaction will be carried out through a series of inter-connected steps, a combination notice filed with the regulator said.

“The proposed transaction will enhance the ability of the Embassy Group to attract the foreign/ domestic institutional investor base of IBREL, which comes from its status as a listed company,” it added.

“Commission approves proposed merger of NAM Estates and Embassy One Commercial Property Developments into Indiabulls Real Estate,” the CCI said in a tweet on Wednesday.

Through another tweet, the regulator gave nod to the proposed combination involving the acquisition of stake in Technip Energies B.V. by Bpifrance Participations S.A.

Pursuant to the share purchase agreement dated January 7, 2021, between Technip FMC plc and Bpifrance Participations S.A., the former will acquire a minimum of 11.82 per cent and a maximum of 17.25 per cent of outstanding shares of Technip Energies B.V, as per a combination notice.

“As a result of the proposed transaction, the acquirer will increase its shareholding in the target to a stake of 14.07-20 per cent,” it added.