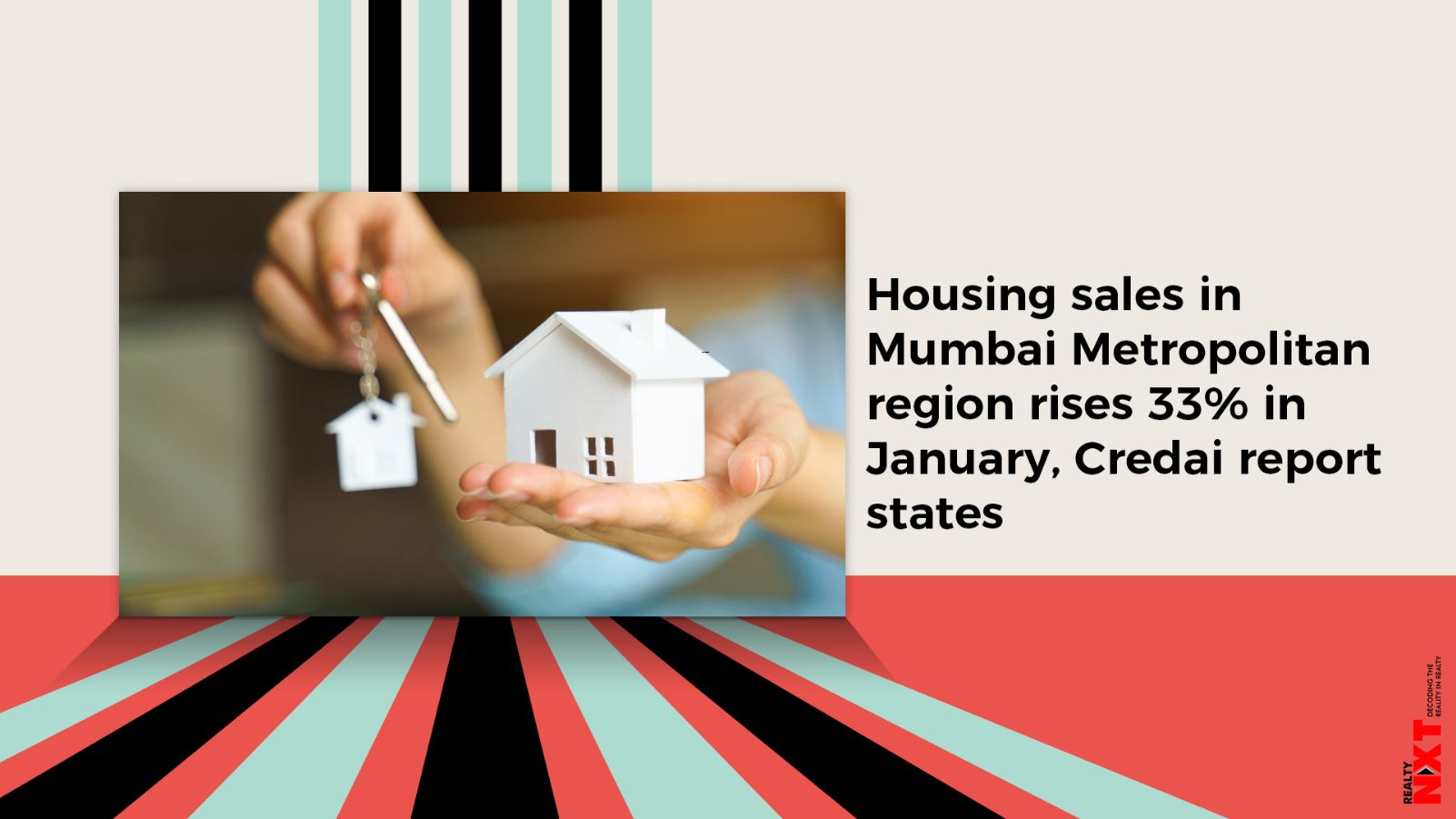 Housing sales in Mumbai Metropolitan Region (MMR) rose 33 per cent year-on-year to 28,366 units during January this year, mainly on the back of reduction in stamp duty by the Maharashtra government, according to a report by CREDAI-MCHI and CRE Matrix.

CREDAI MCHI President Deepak Goradia said: “The past few months have re-laid the foundation of the Real Estate sector not just in MMR but the entire state of Maharashtra, largely owing to the progressive and decisive measures taken by the state government to galvanize the sector in the post-pandemic era.”

The MMR region witnessing an overall year-on-year growth of 33 per cent in housing sales in January.

“Homebuyers, at the back of COVID-19, have also fully comprehended the importance of owning a house and have been registering interest owing to a number of favourable buying factors. We expect this strong tide to continue till March and hope to sustain this momentum beyond March as well,” Goradia said.