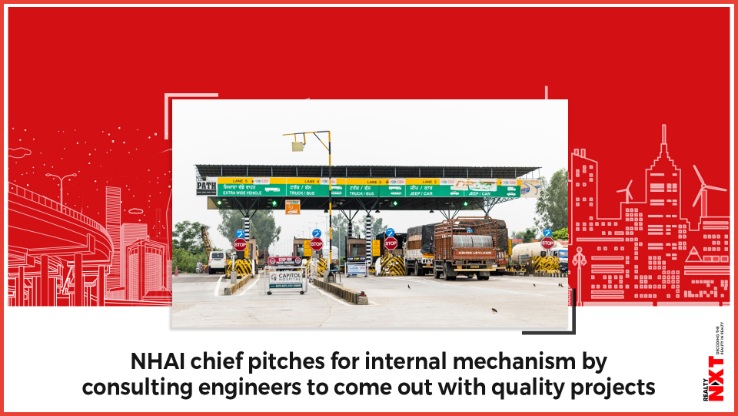 NHAI had to unwillingly take some harsh steps against consultants for poor-quality work.

Pitching for an internal mechanism by consulting engineers to come out with quality projects, National Highways Authority of India (NHAI) Chairman Sukhbir Singh Sandhu on Friday said low quotes for some projects have created suspicion over their quality.

Sandhu was addressing a webinar on ”Contribution of consultants for fast tracking Atmanirbhar Bharat” organised by the Consulting Engineers Association of India (CEAI), the country”s apex body of consultant engineers, to mark its Diamond jubilee celebrations.

“NHAI had to unwillingly take some harsh steps against consultants for poor-quality work. An internal mechanism is needed by consultants for quality improvement,” Sandhu said. Some of the quotes received by NHAI for various projects are so low that one wonders about the provisions for salary of the workers, and quality of work comes under doubt, he added.

Sandhu said NHAI has come out with a performance check system for consultants, and those providing good-quality works will be awarded with more contracts, credit and high scores.

The Authority has also set up a portal ”GATI” for better suggestions and removing grievances of consultants and contractors.

He said the NHAI’s experience with consulting engineers have been mixed as they have played a great role in creating excellent infrastructure in the country but in several projects, the execution lacks much.

“Some projects that needed to be completed in 2-4 years are languishing for decades. Self-introspection by consultants will lead to what went wrong and the steps needed for timely completion,” he said inaugurating the webinar.

K K Kapila, former chairman of CEAI and chairman of Diamond Jubilee Celebrations Committee, said that consulting engineers have been at the forefront of the construction of key national buildings, monuments and factories, apart from transportation and smart urban infrastructure.

It has also been at the forefront in supporting defence forces by providing cutting-edge products and supplying critical components for Indian space programme, Kapila added.

“We will work more for use of locally-produced materials for construction and related activities… CEAI has been time and again stressing and reminding the fraternity to be ethical in all their works and dealings,” Kapila said.

He added that it has also been propagating the various aspects of safety and the environment in all sectors to improve the health and welfare of mankind and the planet.

Kapila said that in order to improve interaction and collaboration, bring in accountability and responsibility and to ensure continued professional development, CEAI has been advocating and pursuing a legislation for it.

“It was primarily for that cause that the Engineering Council of India (ECI) was formed… The matter related to the legislation is resting with the Ministry of Human Resource Development although engineers form the second-largest workforce after agriculture. The matter is being pursued by the association,” added Kapila.

CEAI President Ajay Pradhan said, “Consulting engineers have been contributing for almost all key engineering and technological developments in the country for decades, and were fully committed to achieving self-reliance for the domestic industry.”

They are also committed to reducing dependence on imported products in the infrastructure sector to support the strong and feasible ”Make in India” ecosystem, he added.