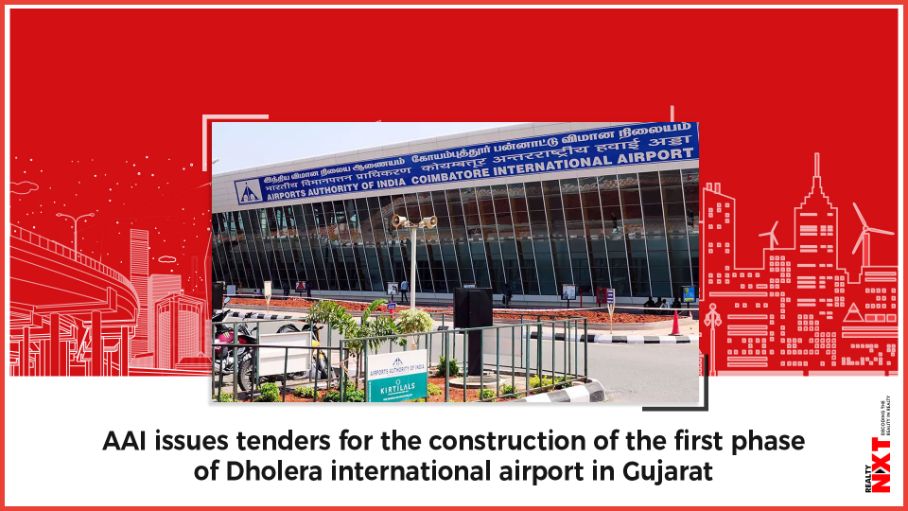 The AAI has released Rs 987 crore tender for Phase 1 of the Dholera International Airport, which will be aligned with a fire-station of Category-9

The Airports Authority of India (AAI) on Thursday issued tenders for the construction of the first phase of an international airport at Dholera in Gujarat, entailing an investment of Rs 987 crore, according to an official statement.

The new facility is being set up in greenfield city under the Delhi-Mumbai Industrial Corridor (DMIC) project at Dholera.

Located in the north of the Dholera Special Investment Region (DSIR), the upcoming airport is expected to cater to not only DSIR and its hinterland but also to traffic overflow from the Ahmadabad international airport, it said.

“The AAI has release Rs 987 crore tender for Phase 1 of the Dholera International Airport, which will be aligned with a fire-station of Category-9, and will incorporate a 3,200-mts (metres) runway, which will be suitable for type 4E Aircraft,” said the release.

The upcoming airport will be an advantage for the aerospace, defence and manufacturing industries who look forward to invest in the greenfield industrial smart city of Dholera, the statement added.

Also, all the other relevant ancillary services will be developed by the government like power, water, flood control and roads, said the release.