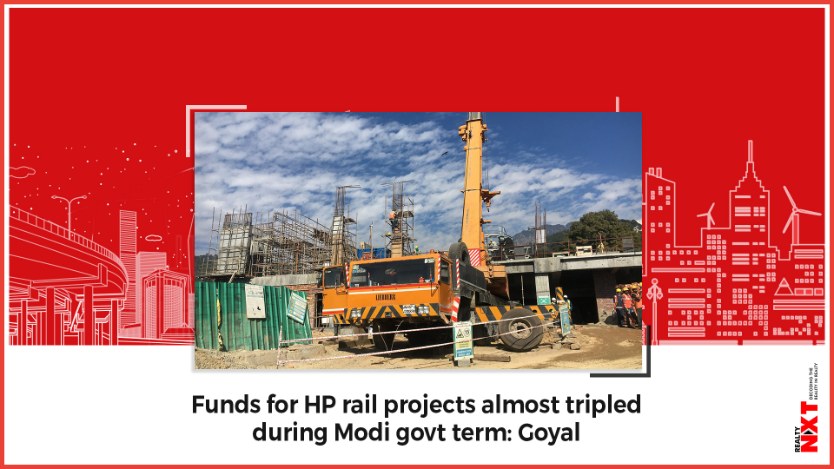 Central funds for railway projects in Himachal Pradesh have almost tripled during the Modi government tenure compared to the allocations made by the previous Congress government, Railway Minister Piyush Goyal said on Monday.

The minister also apprised reporters here of Himachal-centric new railway projects, including the laying down of a new Jagadhari-Paonta Sahib railway line, the survey for which would be conducted shortly.

The survey for the new railway line would be conducted in view of the expected rise in freight from the industrial area of Paonta Sahib, Goyal told reporters while interacting with them along with Himachal Chief Minister Jai Ram Thakur.

Talking about the increase in allocation of Central funds for railway projects in Himachal, Goyal said an average allocation of Rs 280 crore per annum has been made for infrastructure projects and safety works in the hill state in the budget during the Modi government between 2014 and 2019.

Goyal told reporters that in his meeting with Chief Minister Thakur, he discussed various railway projects for the state. He said a study would be conducted by Research Design and Standards Organization (RDSO) to examine if the Kalka-Shimla track could be strengthened to improve the speed of the trains plying on this track.

The railway minister said the coaches of Kalka-Shimla trains would be redesigned and manufactured to enhance the tourism experience. All the existing coaches on the Kalka-Shimla track will be replaced with vista dome-type coaches so that the tourists could get a panoramic view of the beautiful valleys along the route, he added.

The railway minister further said coaches for trains run on the Pathankot-Jogindernagar track would also be replaced for having a panoramic view of Dhauladhar hills along the route.