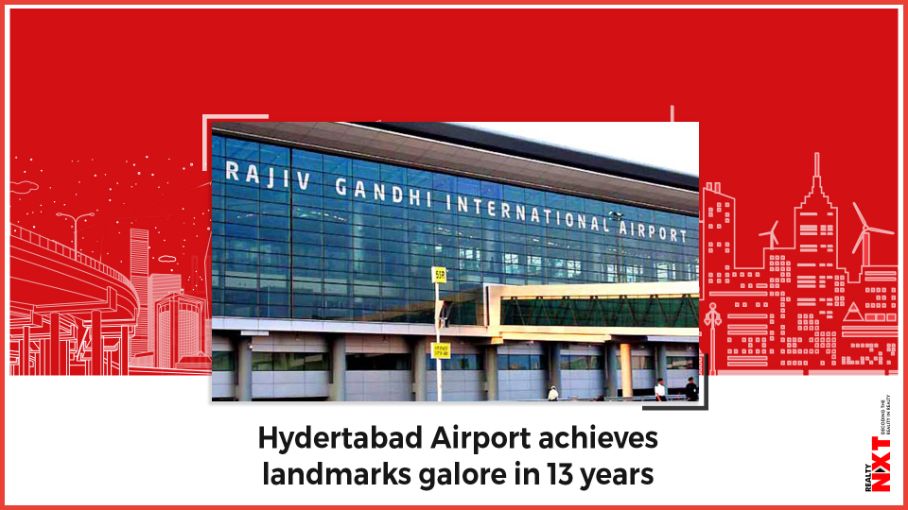 During the last 13 years, it achieved many landmarks

Commissioned in a record time of 31 months with an initial capacity of 12 million passengers per annum (MPPA) and 1,50,000 MT of cargo handling capacity per annum, it was also the first airport for the GMR Group that was entering into the aviation segment as an airport developer.

To meet the passenger demand, the airport at present is in the mode of expansion which will enable the airport to enhance its capacity over a period of time to cater to over 34 MPPA.

The airport is operated by a joint venture company promoted by the GMR Group (63 per cent) in partnership with the Airports Authority of India (13 per cent), the Telangana government (13 per cent) and Malaysia Airports Holdings Berhad (11 per cent).

According to the airport operator, it ushered in a number of first-of-its-kind technological innovations for the airport sector in the country, including the first ever integrated and centralised Airport Operations Control Centre (AOCC) and an array of modern passenger information systems and technological initiatives.

Schulich Business School India Campus was inaugurated at the airport in 2014. The next year a 5 MW solar energy power plant was commissioned which led to reducing airport’s thermal electricity consumption. This green energy meets approximately 15 per cent of the airport’s total electricity demand.

The same year, it became first airport in India to offer end-to-end E-boarding facility for all domestic flights, offering seamless and fully paperless experience for the passengers. Today all the domestic services operating from Hyderabad International Airport are on the e-boarding system, making Hyderabad the only airport in the country to offer 100 per cent ‘stamping-free’ travel to its domestic passengers.

In 2016, it became the only airport in India to handle the An-225, the world’s largest aircraft. The next year it started offering ‘Express Security Check’ facility for passengers traveling with only hand baggage, the first and only airport in the country to do so.

In October 2018, international operations commenced at the Interim International Departures Terminal (IIDT). IIDT has an exclusive concourse to handle check-in, security, immigration and customs processes for departing international passengers and it is connected to the main Passenger Terminal Building.

The Hyderabad Airport Cargo Terminal has been certified with the World Health Organisation’s Good Storage and Distribution Practices (WHO-GSDP).

GHAC has recently inducted a large multi-ULD Cool Dolly, which makes it one of India’s largest centres for handling of temperature-sensitive cargo up to minus 20 degrees Celsius.

Hyderabad airport is also in the process of developing an International Express Cargo section as an added offering to the trade at Hyderabad.

The airport offers the largest airport city in India. Around 1,500 acres have been dedicated to developing airport city