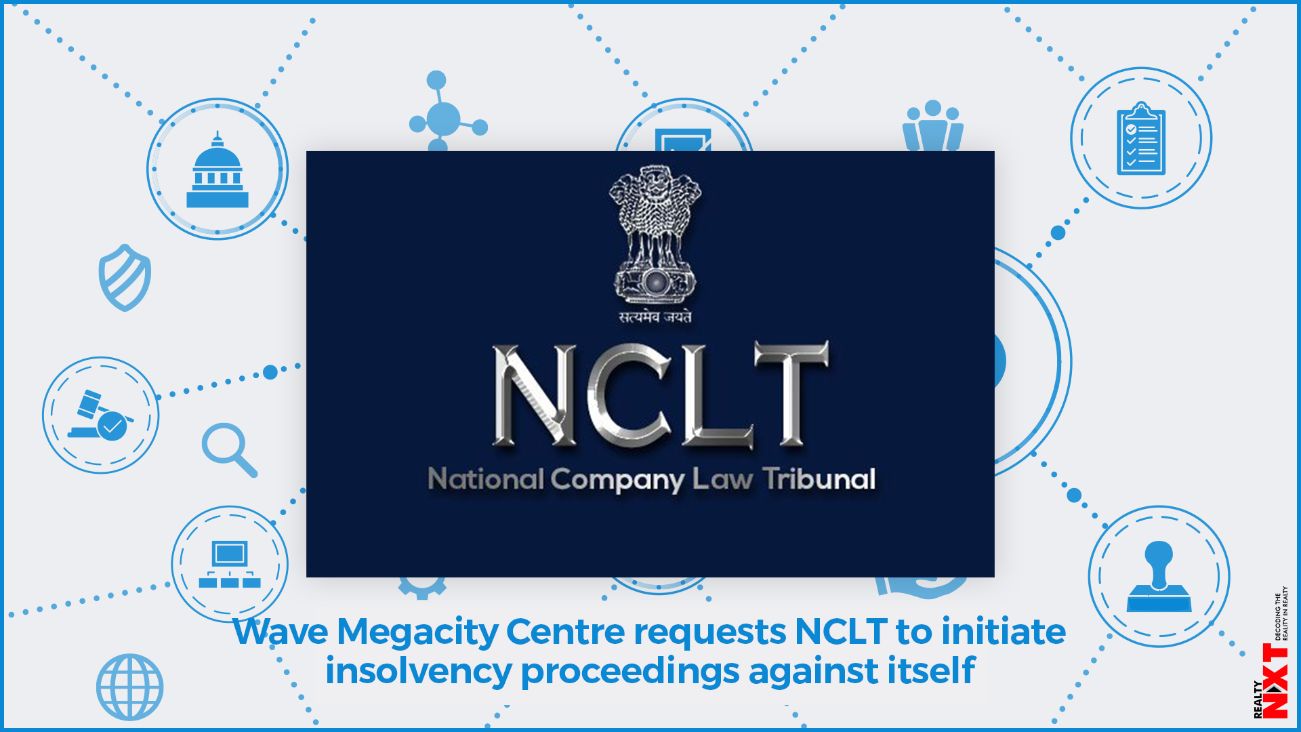 Wave Megacity Centre’s petition is expected to be listed in the coming weeks before the Delhi-based Principal Bench of NCLT.

Real estate firm Wave Megacity Centre has moved the National Company Law Tribunal (NCLT) voluntary requesting it to initiate insolvency proceedings against itself as it is unable to clear the dues of the Noida Authority.

Wave Megacity Centre Ltd is developing commercial and residential projects in sectors 25A and 32 of Noida, Uttar Pradesh.

It has asked NCLT to initiate the insolvency proceedings “due to failure of… corporate debtor (Wave Megacity Centre) to pay dues of the Noida Authority for an amount of Rs 1,222.64 crore.”

The company said it does not have “adequate cash flow to meet its obligation to the customers and financial lenders.”

“The board of directors of the corporate debtor have examined the financial situation and in order to keep the corporate debtor as a going concern has approved/ resolved to file the application” to protect the interests of its creditors and stakeholders, the company said in its petition.

Wave Megacity Centre’s petition is expected to be listed in the coming weeks before the Delhi-based Principal Bench of NCLT.

The realty firm has approached NCLT under Section 10 of the Insolvency and Bankruptcy Code, which allows a debtor to initiate an insolvency resolution process against itself if it has committed any default.

The company has to provide its books of account and such other documents relating to such period as may be specified in the petition.

The NCLT, within 14 days of the receipt of such petition, has to pass an order admitting or rejecting it.

Earlier this month, the Noida Authority had taken over possession of 1.08 lakh sq metres of commercial land that was allotted to the real estate developer over unpaid dues.

“The Noida Authority on March 11 has taken over physical possession of 1.08 lakh meter of land which the Corporate Debtor has made construction and sold units to third parties on portions thereof,” the realty firm said in its petition.

Additionally, the Noida Authority is refusing to execute sub-lease deed for even the completed units in the fully paid up land parcel measuring 56,400 sq metres on the grounds of non-payment of outstanding dues.

Thus, while the corporate debtor has issued possession letters to allottees for 167 commercial units and 78 residential units, it has not been able to offer physical possession due to the refusal of the Noida Authority to execute and register the tripartite agreement for the handing over the physical possession to the allottees.

According to the petition filed by the company, it had a loss of Rs 875.62 crore in FY 2019-20 and additionally there is a provisional loss of Rs 232.53 crore in the current fiscal.

Over its liability, the company said, it has received Rs 1,398 crore from the allottees of residential and commercial units. As on March 15, 2021, it is facing 210 pending cases against it at various judicial forums filed by its customers/flat buyers seeking refund claims of around Rs 254 crore.

“Such cases are likely to increase due to failure of the Noida Authority to execute the tripartite agreement with the corporate debtor and the allottees of its residential and commercial units,” it said.

(The story has been published from a wire-feed without modifications to the text. Only the heading has been changed)