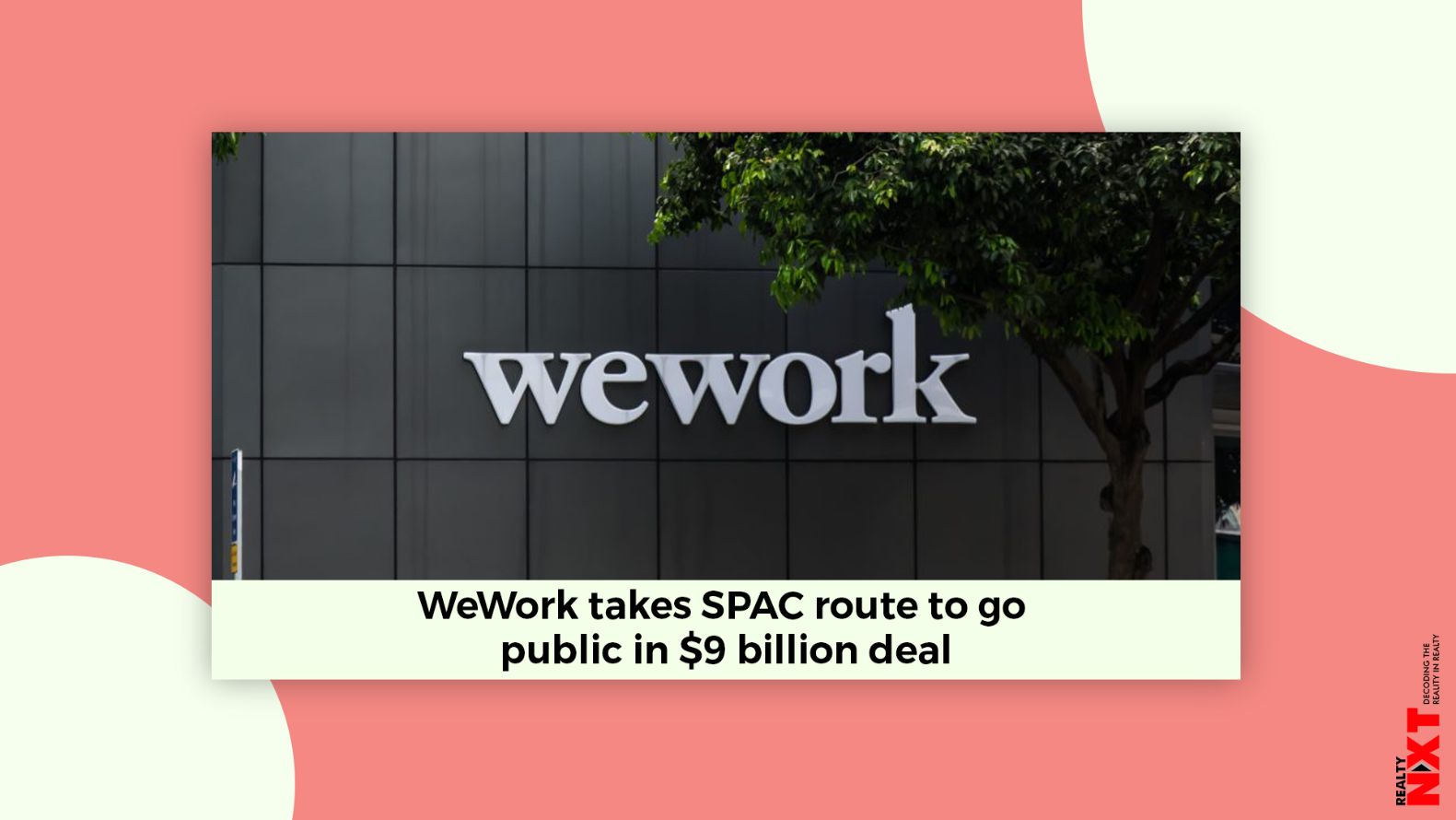 BowX shares on Nasdaq were up 8% in morning trading.

WeWork said on Friday it has agreed to go public through a merger with blank-check firm BowX Acquisition Corp, enabling the office-sharing company to complete a stock market listing two years after its failed first attempt.

The merger with BowX, a special purpose acquisition company (SPAC), values WeWork at around $9 billion, a steep drop from the $47 billion the money-losing company was worth in a 2019 private funding round led by Japanese conglomerate SoftBank Group Corp.

Later in 2019, WeWork attempted an initial public offering but pulled the plans due to investor concerns over its business model and co-founder Adam Neumann’s management style.

Neumann ultimately stepped down as chief executive. Sandeep Mathrani is now CEO, and his work has included cutting costs by $1.6 billion, according to WeWork.

“Sometimes you don’t pick the path (and) a path picks you. In December, we were approached by BowX and other SPACS,” Mathrani told.

BowX shares on Nasdaq were up 8% in morning trading.

SoftBank, WeWork’s largest backer, will retain a majority stake in the company after the deal. SoftBank and other investors have agreed to a one-year lock-up on their shares, according to a person familiar with the matter. Current shareholders will own about 83% of the combined company.

SPACs like BowX are shell companies that raise funds in an IPO with the goal of merging with an unidentified private company. For the company being acquired, the merger is an alternative way to go public over a traditional IPO.

Prospective investors in WeWork’s 2019 IPO were in part spooked by losses that stretched into the billions of dollars with no clear path to profitability.

WeWork has also had to weather the COVID-19 pandemic, which led to many office staffers working from home. WeWork’s revenues for 2020 were flat at $3.2 billion, but the company and real estate industry experts expect there will be growing demand after the pandemic for the sort of flexible offices provided by companies like WeWork.

“We believe that WeWork is going to be the opportunity stock for the recovery,” BowX co-CEO Vivek Ranadive told CNBC.

In total WeWork expects to raise $1.3 billion in cash from the merger, funded by the $420 million BowX raised in its IPO in August and an $800 billion private investment in public equity (PIPE) from investors including Insight Partners, Starwood Capital Group and Fidelity Management.

BowX had initially looked to raise $500 million for the PIPE but increased this due to investor demand, according to people familiar with the matter.