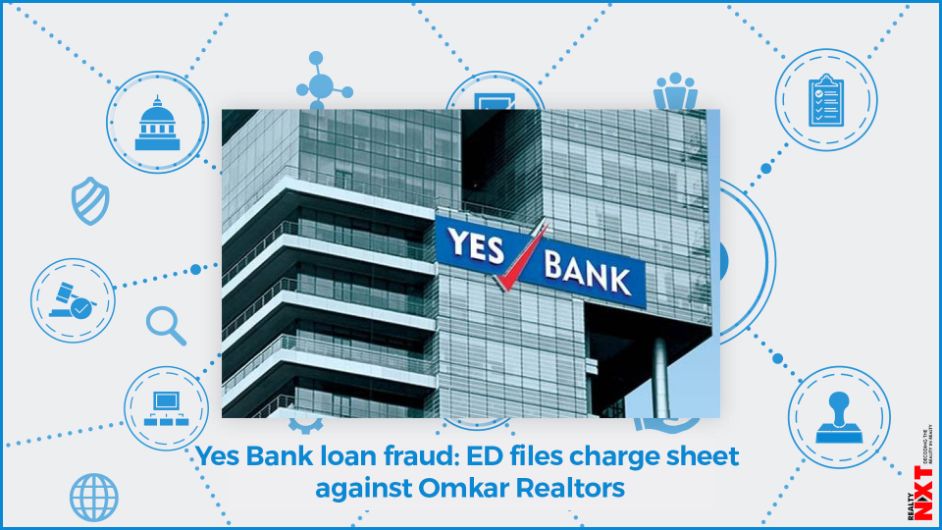 Out of this Rs 410 crore, an amount of Rs 80 crore was further layered to Joshi and his Viiking Group of companies in the guise of service fee and investment.

The Enforcement Directorate (ED) has filed a charge sheet in connection with its money laundering probe against Mumbai-based realty group Omkar Realtors and Developers linked to alleged illegal diversion of Yes Bank loan funds worth over Rs 400 crore.

In a statement, the central probe agency said the prosecution complaint (charge sheet) has been filed under various sections of the Prevention of Money Laundering Act (PMLA) before a special court in Mumbai.

The ED had earlier raided the premises of Omkar Group promoters and arrested all three accused in the case.

The central agency’s case is based on an FIR of Aurangabad Police (Maharashtra) against Gupta and Varma on charges of cheating and diversion of Yes Bank loan funds of Rs 410 crore which were taken for the redevelopment of Anand Nagar SRA (Slum Rehabilitation Authority) CHS.

“As per the terms and conditions of Yes Bank, the loan amount of Rs 410 crore was to be utilised for the construction of rehab buildings at Anand Nagar SRA CHS, Wadala.

“However, instead of constructing SRA buildings, the whole amount of Rs 410 crore was diverted by the accused to group companies,” the ED claimed in its statement.

Out of this Rs 410 crore, an amount of Rs 80 crore was further layered to Joshi and his Viiking Group of companies in the guise of service fee and investment.

“However, during the investigation, it was found that neither Sachin Joshi nor his companies were ever engaged in any such business and the said transactions were found to be sham,” the ED alleged.