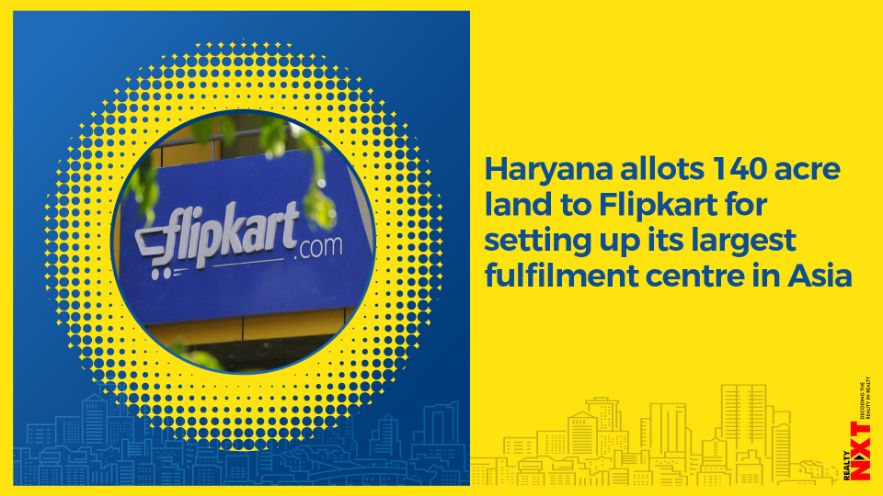 The company is planning to build a logistics campus in the National Capital Region, in proximity to Gurugram, as per the release.

The Haryana government has approved allotment of 140 acres of land to e-commerce major Flipkart for setting up its largest fulfilment centre in Asia, having a covered area of 3 million square feet in Patli Hajipur in Gurugram district’s Manesar, an official statement said. The land, belonging to Haryana State Industrial and Infrastructure Development Corporation Limited (HSIIDC), has been allotted at a price of Rs 3.22 crore per acre.

The approval was granted in a meeting of the Haryana Enterprise Promotion Board (HEPB) which met under the chairmanship of Chief Minister Manohar Lal Khattar here on Tuesday, the statement said.

Unlike traditional warehouses, fulfilment centres are equipped with highly automated pick, pack, and shipping processes to facilitate safe and timely processing of orders.

As per the state government release, “during the meeting, the Chief Minister was apprised (by the officials) that the land allotted at price of Rs 3.22 crore per acre to Instakart Services Private Limited (a Flipkart subsidiary) will not only give impetus to further investments in the region but would further boost market access opportunities for lakhs of MSMEs, sellers from Haryana and North India.”

The representatives of Flipkart informed during the meeting that Instakart is planning to set up a series of fulfilment centres and associated logistics infrastructure across India to enable its market growth, the release said.

To attain this goal, the company aims to provide the best-in-class service to the customers and thus is planning to construct Regional Distribution Centres (RDC) across the country to strengthen its network capability.

Further, the company is planning to build a logistics campus in the National Capital Region, in proximity to Gurugram, as per the release.

It intends to build a campus spread over an area of 140 acres to cater to demand in north India.

This fulfilment centre will essentially cater to parcel goods, white goods and furniture.

The release said approximately 6,000 direct and 12,000 indirect jobs will be created through this investment.