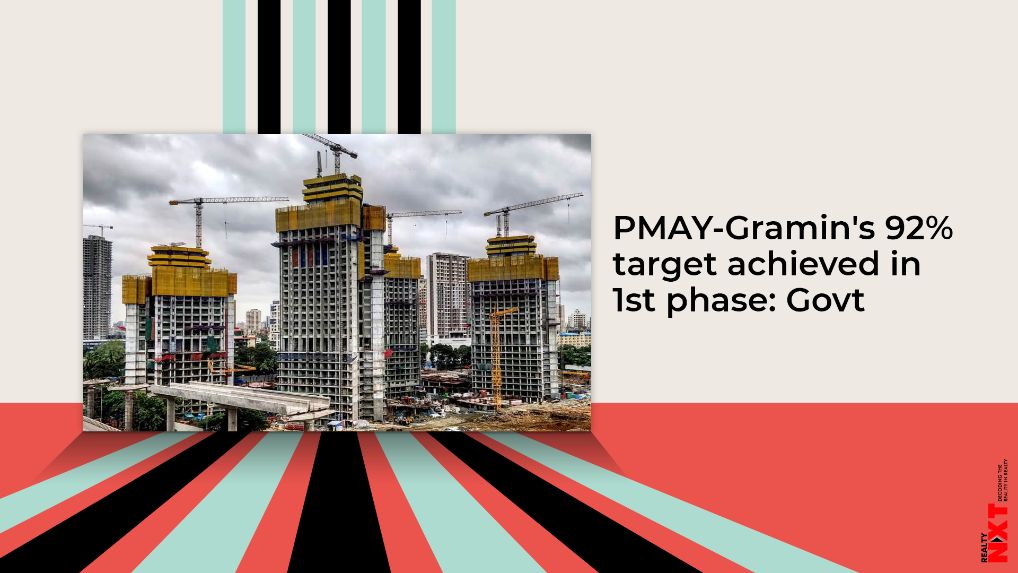 The government is confident that all the houses in the PWL would be completed by the end of Amrut Mahtosava, said the statement by the Ministry of Rural Development.

The Pradhan Mantri Awas Yojana – Gramin (PMAY-G), a flagship programme of the Central government, has achieved 92 per cent target of its 1st phase i.e. from 2016-17 to 2018-19, said an official statement on Tuesday.

The government is confident that all the houses in the Permanent Wait List (PWL) would be completed by the end of Amrut Mahtosava, said the statement by the Ministry of Rural Development.

As against the existing Permanent Wait List (PWL) identified using the SECC database of 2011, as on date 2.14 crore beneficiaries have been found to be eligible.

Though this list consisted of 2.95 crore households initially, through multistage verification including at the time of sanction, many more households have been found ineligible, therefore, this list has been pared down to 2.14 cr and likely to go down further, said the Ministry.

A target of one crore houses was set for completion in the 1st phase of the scheme i.e. from 2016-17 to 2018-19, against which 92 per cent target of completion has been achieved.

In the FY 20-21, a total allocation of Rs 19,269 crore was made available as budgetary support, in addition, extra-budgetary support of Rs 20,000 crore has been provided, the overall release of Rs 39,269 crore is so far the highest in any year since the launch of PMAY-G.

The expenditure incurred by states including state share has also seen an unprecedented increase in the current FY amounting to Rs 46,661 crore, which is the highest since the launch of the scheme.

ALSO READ: Shriram Properties May File For IPO To Raise Up To Rs 800 Cr: Bengaluru