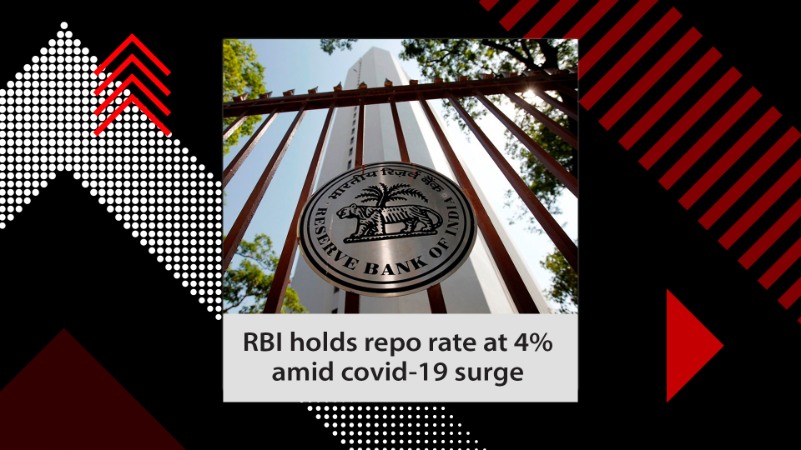 The MPC voted unanimously to keep monetary policy unchanged as long as necessary to sustain growth.

The MPC voted unanimously to keep monetary policy unchanged as long as necessary to sustain growth, Governor Shaktikanta Das said, even as inflation in February rose to its highest level in three months.

“The stance of monetary policy will remain accommodative till the prospects of sustained recovery are well secured while closely monitoring the evolving outlook for inflation,” Das said.

The world’s fifth-largest economy returned to growth in the three months to December after suffering its deepest recession on record last year.

But a resurgence in cases has prompted many state governments to resume coronavirus restrictions this week, fuelling concerns about economic activity. India, which has the world’s third largest coronavirus caseload, reported 115,736 new coronavirus infections on Wednesday.

“The recent surge in COVID-19 infections adds uncertainty to the domestic growth outlook amidst tightening of restrictions by some state governments,” Das said.

“In India, we are now better prepared to meet the challenges posed by this resurgence in infections,” he added.

The annual retail inflation rate rose to a three-month high of 5.03% in February due to higher fuel prices and Das said the future course of inflation will critically depend on the progress of the monsoon. RBI has a mandate to keep retail inflation within the 2-6% band with 4% as a medium-term target.

“The MPC’s projections of the GDP & CPI trajectories do not reflect the uncertainties created by the second wave of COVID infections and the use of blunt measures like lockdowns in many states,” said Rupa Rege Nitsure, chief economist at L&T Financial Services.

Das yet again reiterated that the banking system liquidity will continue to remain in a surplus even after meeting all requirements of the financial market segments and productive sectors of the economy.

RBI also announced a secondary market government securities acquisition programme, under which it would commit upfront to a certain specific amount of open market bond purchases.

RBI will purchase 1 trillion rupees worth of bonds from the market in the April-June quarter under the new scheme, Das said.

“The standout announcement… provides a defacto calendar for bond purchases into FY22, as a counterbalance for the heavy issuance pipeline,” said Radhika Rao, an economist with DBS Bank.

Traders had been closely eyeing the borrowing calendar to see if it would help absorb the government’s massive borrowing program of $12 trillion in 2021/22.

The government needs these funds to support its spending to ensure the economy continues to remain on track for a solid recovery.

Gross domestic product grew 0.4% year-on-year in the October-December quarter of 2020 after contracting 7.3% in July-September and 24.4% in April-June.