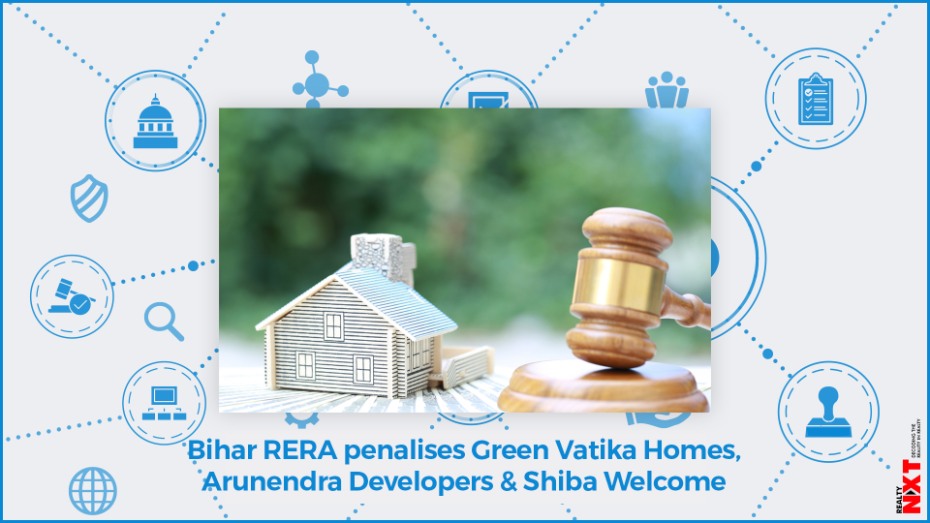 Bihar RERA has frozen the bank accounts of Khalid Rashid and Amina Rashid, the directors of Shiba Welcome builders.

Accordingly, action has been taken against them in the last one week.

“The home buyers have filed complaints against these builders and the violation was found during the hearing. Accordingly, we have frozen the bank accounts of directors of the companies,” the official said.

“Besides, we have also asked them to submit all financial transactions, investments and expenditures of the companies after the particular project launched in Bihar. Till that time, we have stopped them from selling residential units till the next order,” the official said.

Home buyers have filed complaints against Green Vatika Homes, for instance. The company has projects named VIP Residency, Pusp Vatika, Kamal Complex, Urmila Vatika and other projects in Patna and other districts.

“We have paid 80% to 90% of our total cost of the residential flats but our builder has not completed the construction accordingly. We strongly believe that the builder has three to four projects underway and it has invested our money in other projects,” said Ravindra Kumar Sinha, a home buyer.

Bihar RERA has frozen the bank accounts of Pankaj Kumar, Chandan Kumar and Upendra Mandal, directors of Arunendra builders. The regulatory body has also banned the sale of residential units of its projects at Phulwari Sarif, Danapur-1 enclave and other parts of Bihar.

The next hearing on Green Vatika Homes and Arunendra builders is scheduled for April 16.

Similarly, Bihar RERA has frozen the bank accounts of Khalid Rashid and Amina Rashid, the directors of Shiba Welcome builders. RERA has also banned sales of the project Rajeshwar Apartment.

The hearing of Shiba Welcome Builders is scheduled on May 10.