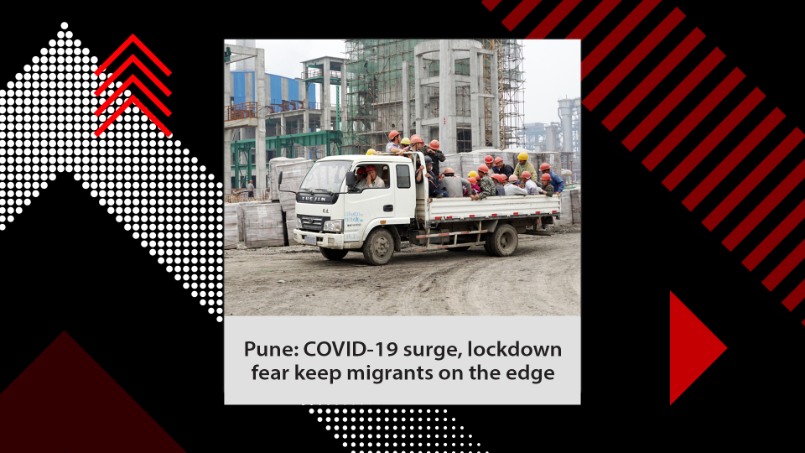 Pune railway station has been witnessing passenger rush for outstation trains for the past few days, amid talk of lockdown being imposed in Maharashtra, and industrial bodies on Tuesday said at least 10 per cent of the migrant workforce of the district’s Chakan belt may have left for home.

“As the number of cases are increasing, and there is talk of a lockdown, some workers, out of fear, are returning to their homes in districts within Maharashtra as well as other states,” Dileel Batwal, Secretary, Federation of Chakan Industries.

“There are some 5 lakh workers in Chakan industrial belt and 10 per cent of this workforce has left the city due to the lockdown fear, especially because of the horrendous experience last year. There are queues at railway stations, bus depots etc as well,” he added.

Batwal said workers are being tested for the infection, but some of them fear they would be asked to leave their rented accommodation if their landlords know about their positive status.

Meanwhile, the Pune chapter of The Confederation of Real Estate Developers Associations of India (CREDAI) asked people not to panic, with its president Anil Pharande claiming lodging conditions for workers at construction sites had improved.

“Frequency of health check-ups has been drastically increased. Very soon CREDAI Pune Metro is starting vaccination drive for construction workers with help from PMRDA, PCMC and PMC. This is definitely giving confidence to workers,” said Pharande.

He, however, admitted that a large chunk of migrant workers may want to go back to their hometowns in the current situation.

When contacted, Manoj Jhawar, PRO, Pune Railway Division, said those who are coming to the railway station are travelling with confirmed tickets as no general ticket is being issued, adding that even the general coach is being sent as a reserved coach.

There is no panic situation at Pune railway station, he said, though he added that all north-bound trains were running at 100 per cent occupancy, with each service catering to 1400 to 1500 passengers.

He said the rush at the railway station may be of those people who are coming to board trains well in advance to be on the safe side as other modes of public transport are restricted.