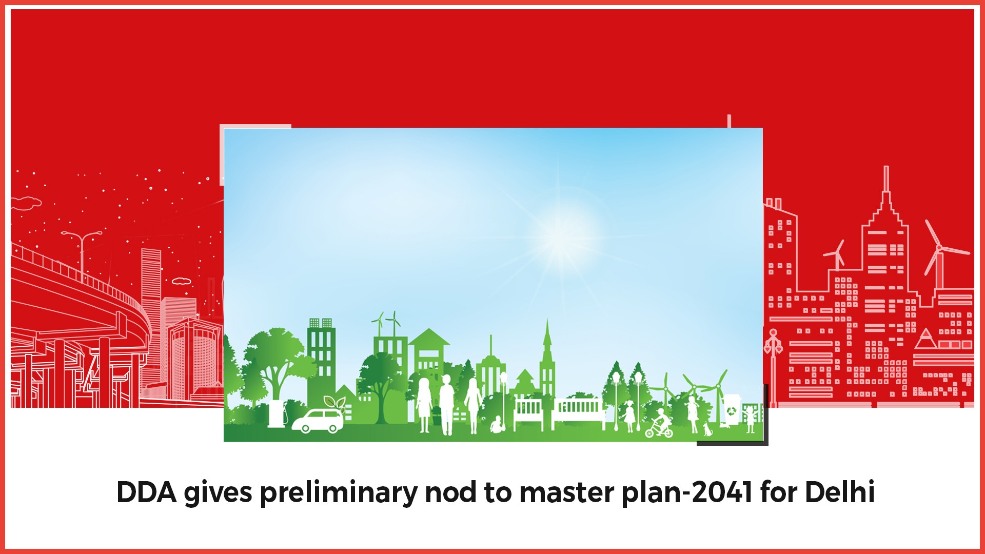 The advisory council of the Delhi Development Authority (DDA) on Tuesday gave its preliminary approval to the draft Master Plan for Delhi-2041. The draft will now be put in the public domain for inviting objections/suggestions from the people of Delhi, said a DDA spokesperson.

The DDA has prepared a draft MPD-2041, giving more emphasis to a strategic and enabling framework for the future growth of the national capital. The MPD-2041 will come into effect soon after the MPD-2021 plan expires.

Under MPD-2041, the DDA has emphasised on policies such as transit-oriented development (TOD) and land pooling policy of MPD-2021. With a view to encourage eco-friendly development, the DDA has also formulated to regulate infrastructure and other works in villages that are located in the green belt on Delhi’s periphery as well as the low-density residential areas (LDRA).

The MPD-2041 is divided into two volumes and comprises sector-wise policies in the key focus areas such as environment, economy, public space, heritage, mobility and social and physical infrastructure etc.

“Implementation of the MPD-2041 is the collective responsibility of all the agencies involved in the development of Delhi, including the Centre and the Delhi government, service providers, land owning agencies, regulators and local bodies, among others,” the DDA said in an official statement.