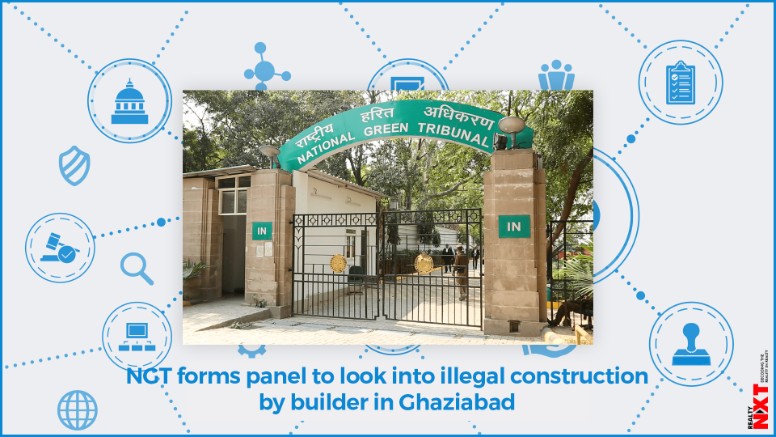 The tribunal was hearing a plea filed by Shailesh Singh against the illegal construction without the permission of the Ghaziabad Development Authority.

The National Green Tribunal (NGT) has formed a seven-member committee to look into the issue of illegal construction and unauthorised extraction of groundwater by a builder in Uttar Pradesh’s Ghaziabad.

A bench headed by NGT Chairperson Justice A K Goel said the stand of the authorities is evasive on the issue of illegal constructions as well as extraction of groundwater and there is no specific reply as to how against a sanction of 16 floors, 26 storeys were constructed.

“Since the matter has been pending for long and the response of the authorities is vague, we direct a seven-member committee of Secretary, Urban Development, CPCB, CGWA, state PCB, Ghaziabad Nagar Nigam, GDA and District Magistrate, Ghaziabad to hold a joint meeting to look into the issue of legality of construction and extraction of groundwater and decide on further remedial action.

“The state pollution control board will be the nodal agency for coordination and compliance. Any party aggrieved by such decision will be free to challenge the same, as per law. The matter may be concluded within three months from the receipt of the copy of this order,” the bench said.

In 2015, notices were issued to the contesting parties, who filed their replies, and later, the builder admitted illegal extraction of water, but stated that it was for the consumption of the workers at the site and not for construction.