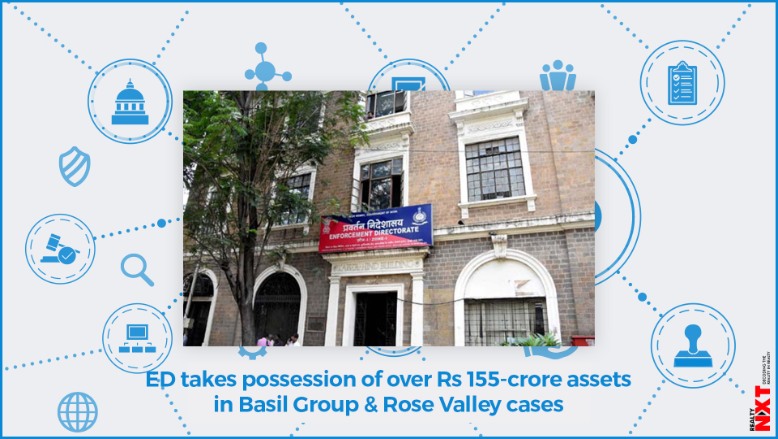 In the Rose Valley case, the ED had filed criminal cases of money laundering against the firm, its Chairman Gautam Kundu and others in 2014.

The Enforcement Directorate (ED) on Tuesday said it has taken possession of assets worth over Rs 155 crore in connection with its separate money laundering probes against two companies including the West Bengal-based Rose Valley group and their promoters for allegedly duping numerous people through Ponzi schemes. The action has been taken against the Basil Group of companies and the Rose Valley group.

“Money laundering investigation (was undertaken) against Basil Group of companies and Rose Valley Group as it was found that these companies, by floating various fake and fictitious schemes, had collected huge amount of money from common gullible public and defaulted the re-payments,” the central probe agency said in a statement.

It said the investigation found that several properties in states like Tripura, Assam, West Bengal, Odisha, Uttar Pradesh, Maharashtra and Jharkhand were acquired in the name of various companies of Basil Group and Rose Valley Group, by “illegally” diverting the funds collected from the common public.

“After due process of investigation, ED had attached the properties found to have been acquired from the proceeds of crime (amount collected by way of selling fake and fictitious schemes) and the orders of provisional attachment of said properties were confirmed by the Adjudicating Authority (under the Prevention of Money Laundering Act),” it said.

In the Rose Valley case, the ED had filed criminal cases of money laundering against the firm, its Chairman Gautam Kundu and others in 2014.

Kundu was arrested by the agency in Kolkata in 2015.