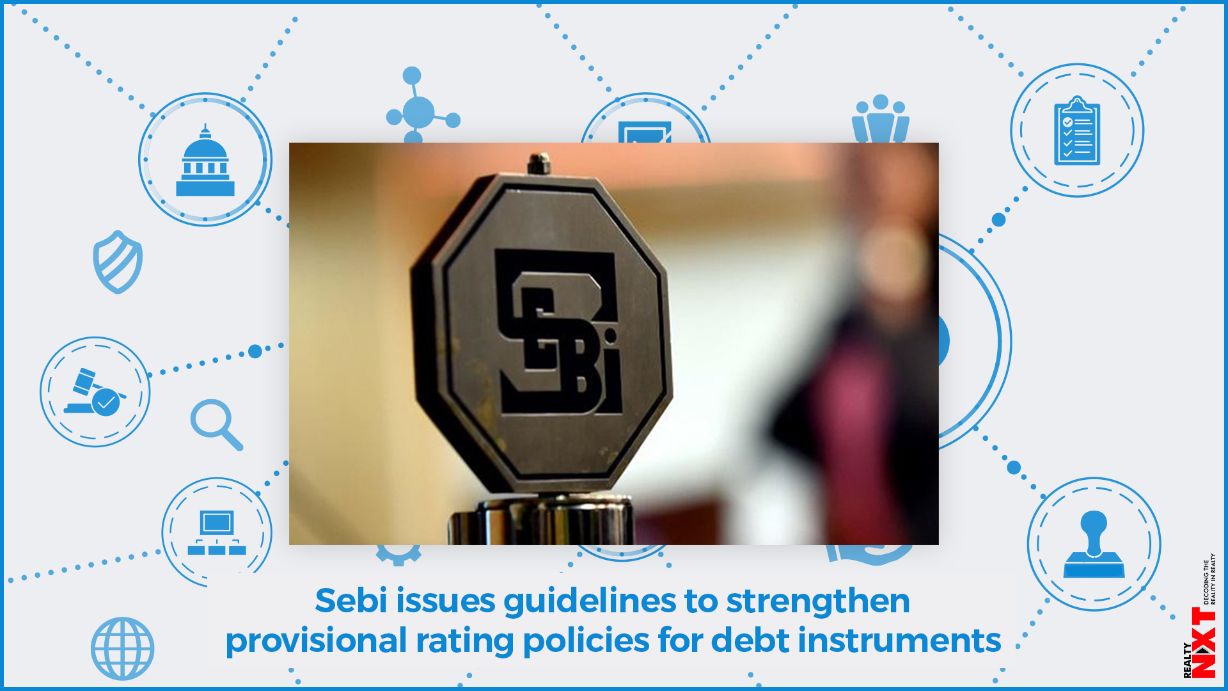 These documents or compliances include execution of guaranteed deed, opening of escrow account and setting up of debt service reserve account.

Markets regulator Sebi on Tuesday came out with new framework to strengthen policies on provisional rating by credit rating agencies (CRAs) for debt instruments. Under the framework, all provisional ratings (‘long term’ or ‘short term’) for debt instruments need to be prefixed as ‘provisional’ before the rating symbol in all communications– rating letter, press release and rating rationale, Sebi said in a circular.

Further, a rating will be considered as provisional, and not final in cases where certain compliances that are crucial to the assignment of credit rating are yet to be complied with or certain documentations remain to be executed at the time of rating.

These documents or compliances include execution of guaranteed deed, opening of escrow account and setting up of debt service reserve account.

“In no case shall a rating, including provisional rating, be assigned by a credit rating agency for an issuer or client evaluating strategic decisions, such as funding mix for a project, acquisition, debt restructuring, scenario-analysis in loan refinancing,” Sebi said.

With regard to validity period, Sebi said provisional rating will be converted into a final rating within 90 days from the date of issuance of the debt instrument. The final rating assigned after the end of 90 days will be consistent with the available documents.

It, further, said an extension of 90 days may be granted on a case-to-case basis by the CRA’s rating committee in accordance with the policy framed by the credit rating agency in this regard.

“No CRA shall assign any provisional rating to a debt instrument upon the expiry of 180 days from the date of its issuance,” Sebi said.

In addition to the disclosures already made by CRAs, Sebi said disclosure pertaining to pending documentation considered while assigning ‘provisional’ rating need to be included in press release or rating rationale.

In addition, risks associated with the provisional nature of the credit rating, including risk factors that are present in the absence of completed documentation need to be disclosed.

Also, rating that would have been assigned in absence of the pending documentation considered while assigning provisional rating should be disclosed.

In cases where the absence of such documentation would not result in any rating being assigned by the CRA (for instance, in case of provisional rating for Real Estate Investment Trust (REIT) or Infrastructure Investment Trust (InvIT)– pending formation of trust), the CRA would need to specify the same in the press release.

Furthermore, in case of provisional ratings, the press release needs to mention about the broad details of the assets that are proposed to be held by the REIT/ InvIT, and the proposed capital structure.

The rating rationale should disclose that the CRA has taken an undertaking from the sponsor stating that the key assumptions (relating to the assets and capital structure, are in consonance with the details filed by the sponsor with Sebi).

In case of change in provisional rating due to change in key assumptions, the press release needs to mention that the rating by the CRA is based on a declaration from the issuer that similar changes have been made in the filing with the regulator.

In case the provisional rating assigned is not accepted by the issuer (or sponsor, in case of REITs/InvITs), then in the “non- accepted ratings” published by credit rating agencies on their website, Sebi said certain supplementary disclosures, including details of the steps taken for assigning the provisional ratings, need to be made.