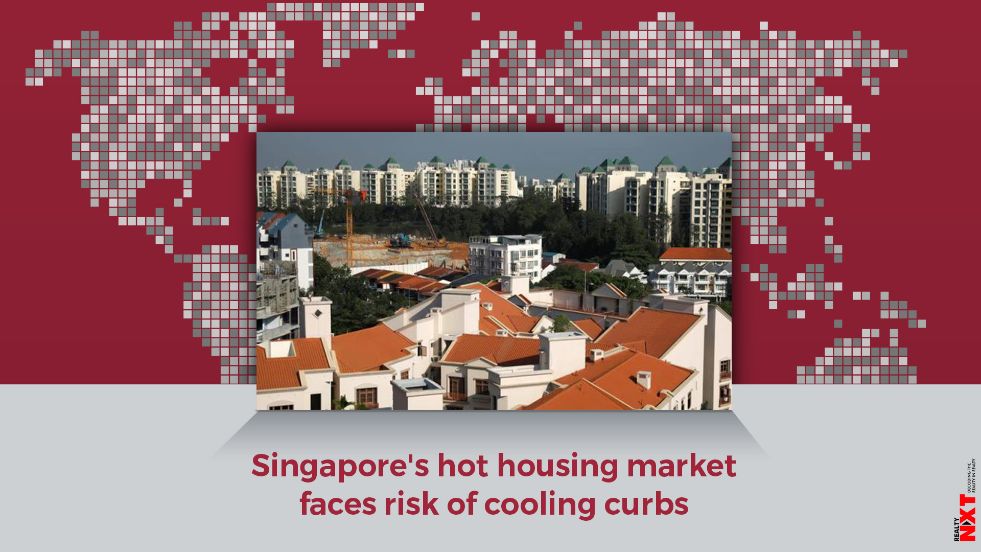 House prices rose again in the first quarter, with the private home market up 3.3%, its steepest rise in nearly three years, fueling expectations the government is likely to intervene soon to calm the market.

Ishwinder Kaur and her husband spent more than two years looking to buy their first home in Singapore, hoping property prices would dip during the hunt.

The couple finally bought their apartment in December after prices rose in all but one quarter last year, even as the city state posted its worst recession during the COVID-19 pandemic.

“We got really worried because we saw that people were snapping up homes left, right and centre,” said Kaur.

House prices rose again in the first quarter, with the private home market up 3.3%, its steepest rise in nearly three years, fueling expectations the government is likely to intervene soon to calm the market.

Driven by low interest rates, confidence in property’s long-term safety and a fear of missing out, the boom is putting buyers increasingly at odds with the government, which has been warning that purchasers should exercise caution.

Authorities in Singapore, where real estate is a safe haven investment for wealthy foreigners, keep close tabs on property prices to ensure housing remains affordable for locals and stays in step with economic fundamentals.

They began advising prudence late last year, with Senior Minister Tharman Shanmugaratnam warning again in April that home buyers should exercise caution given the risk of rising interest rates. Instead, some buyers are trying to get ahead of any intervention, further driving up sales.

“Considering that only property value seems to be growing steadily, and extra stamp duties may kick in soon to cool the market, it is better to invest in a new house at this time,” said sales engineer Faye Zhou, who is looking for a condominium.

Government tools to cool the market include boosting stamp duties on foreign buyers and investors with multiple homes, or increasing the proportion of down-payments. It can also increase land supply through tenders.

Private home prices fell 11.6% from a 2013 peak over a span of 15 quarters after the government took steps to curb a housing market boom as Singapore emerged from the global financial crisis.

The government last tightened curbs in 2018 after prices rose about 9% over a year and analysts expect it to act again as the city-state’s economic recovery from the pandemic is uneven and near-term wage growth remains muted.

Foreign demand is also returning, according to property consultants OrangeTee, helping boost sales of luxury homes to their highest since the third quarter of 2017.

Total transactions in the first quarter nearly doubled from a year ago, touching their highest in at least two years.

The housing loan booking at DBS Group, Singapore’s biggest bank, has been at record levels.

“Some of it is because of people’s view that you might see some cooling measures. So people are trying to get ahead of that,” CEO Piyush Gupta said in the bank’s results call with reporters.

Further out, supply is set to tighten in both the private and public housing markets due to pandemic-driven delays in construction.

The inventory of uncompleted homes with developers is dwindling and had fallen by 40% as of the first quarter compared with two years ago.

Developers will likely seek to acquire land to replenish their inventories, either sites from the government or existing apartments blocks that can redeveloped. Analysts expect intense competition for land, which may, in turn fuel further price rises.

Property in land-scarce Singapore has long attracted the super-rich from around Asia, with political uncertainty in rival Hong Kong helping boost that appeal.

And even if prices fall in the near-term from recent highs, buyers are confident they will not stay low forever.

“Property prices in Singapore will certainly still grow steadily in the long term … there’s limited land but more people are coming into Singapore,” said Sky Chen, a 30-year-old architect who bought his apartment in November.