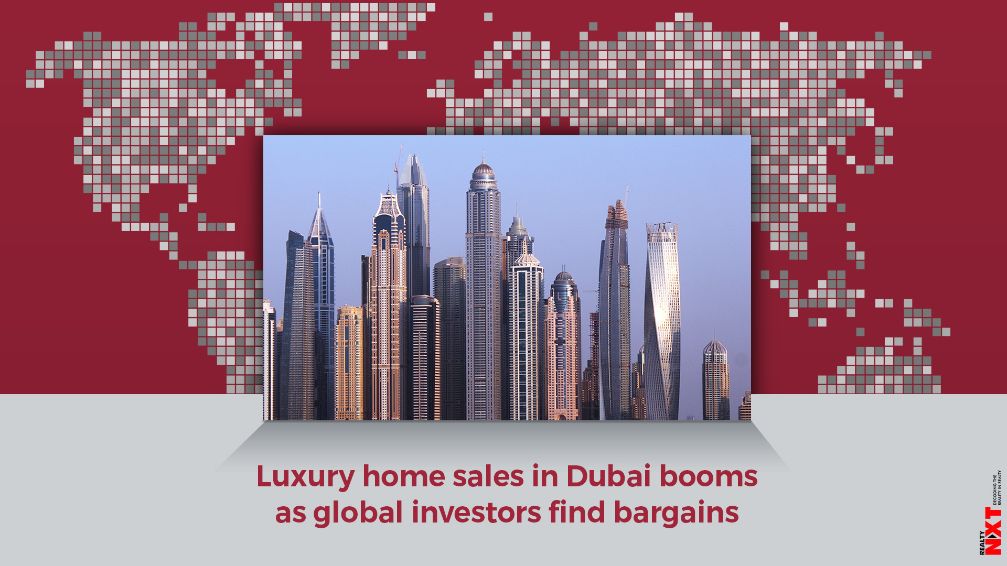 The luxury end of the market has come alive in a city that became a haven for wealthy Europeans escaping repeated lockdowns at home and for others drawn by the ease of getting vaccinated from Covid-19. The Middle East’s business and tourism hub provided an additional lure after a property downturn that started six years ago shaved more than a third off values.

“We’ve seen sentiment shift quite significantly and prices are increasing across the board now,” said Taimur Khan, head of research at Knight Frank in Dubai. “On the top end of the market, it’s mostly European money from investors seeking assets in dollar-linked economies.”

The UAE, of which Dubai is a part, introduced new visas for tourists and approved a new remote work visa that enables employees from all over the world to live and operate from the UAE. Buying a property is also one of the fastest ways of getting a residency permit in Dubai.

“Dubai is being seen as a place that’s relatively safe and less restrictive than many others,” said Zhann Jochinke, chief operating officer at Property Monitor. “Government initiatives aiming to drive more investments and people into Dubai are also helping improve sentiment on the long term prospects for the market.”

Dubai’s second-most expensive property was also sold in March. One 100 Palm, a mansion on the artificial island of Palm Jumeirah fetched 111.25 million dirhams. The buyer is a Swiss family that resides in Monaco and intends to use the villa for short-term rentals, according to Luxhabitat Sotheby’s International Realty, which was one of the brokers involved in the deal.

On average, home prices climbed 7.5 per cent since November, with gains of 10 per cent to 15 per cent in established and sought-after locations, according to Property Monitor.

The high-end market’s momentum has carried through into this month. Dubai has so far seen 69 homes worth 10 million dirhams or above sold in April for a total of 1.36 billion dirhams.

“We had a fairly hefty correction and that’s now working its way out at the top end of the market,” Khan said. “But given the rate of change in prices in some of these markets we have to ask if this rate is really sustainable.”