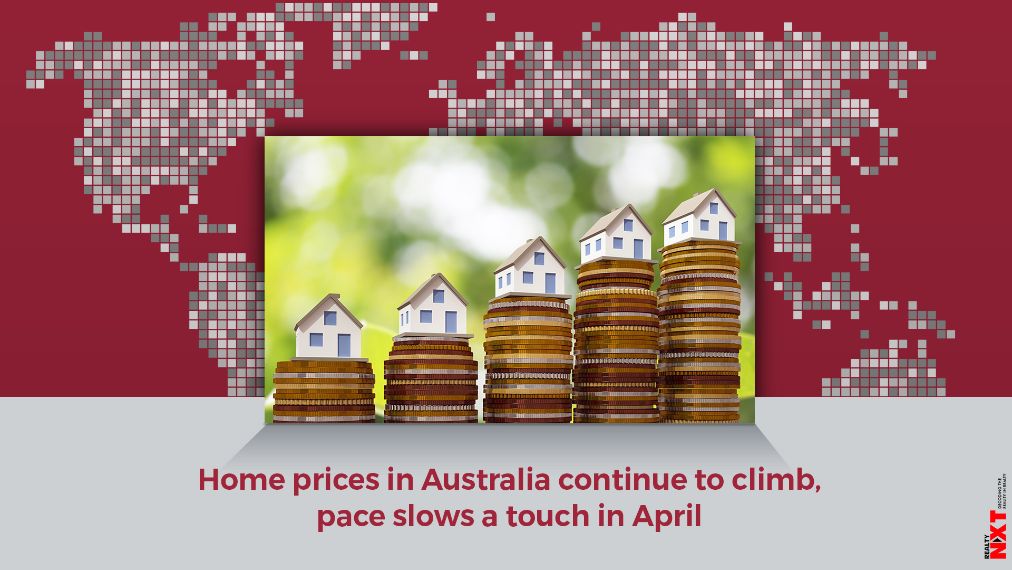 Australian home prices posted another solid increase in April though the pace of ascent slowed a little as affordability became a bigger problem as houses moved beyond the reach of many buyers.

Data from property consultant CoreLogic out on Monday showed national home prices climbed 1.8% in April, after a 2.8% jump in March that had been the largest gain in 32 years. Prices were up 7.8% on last year, and 6.8% in just the three months to April.

The red-hot market has provided a much-needed windfall to consumer wealth and confidence. The Australian Bureau of Statistics estimates the value of homes rose A$258 billion in the December quarter to hit A$7.7 trillion, and that was before the latest surge.

Still, CoreLogic’s research director, Tim Lawless, said the pace of gains could slow as inventory levels rise and affordability becomes a bigger constraint. “With housing prices rising faster than incomes, it’s likely price sensitive sectors of the market, such as first home buyers and lower income households, are finding it harder to save for a deposit and transactional costs,” Lawless said.

The trend toward houses continued with prices in the capital cities up 8.6% in the first four months of the year, twice the gain for apartments.

Demand for property outside the cities saw regional prices jump a record 1.9% in April, giving an annual rise of 13%.

Buyers have been encouraged by the outlook for borrowing costs, with the Reserve Bank of Australia repeatedly saying rates were likely to remain at a historic low of 0.1% until at least 2024.