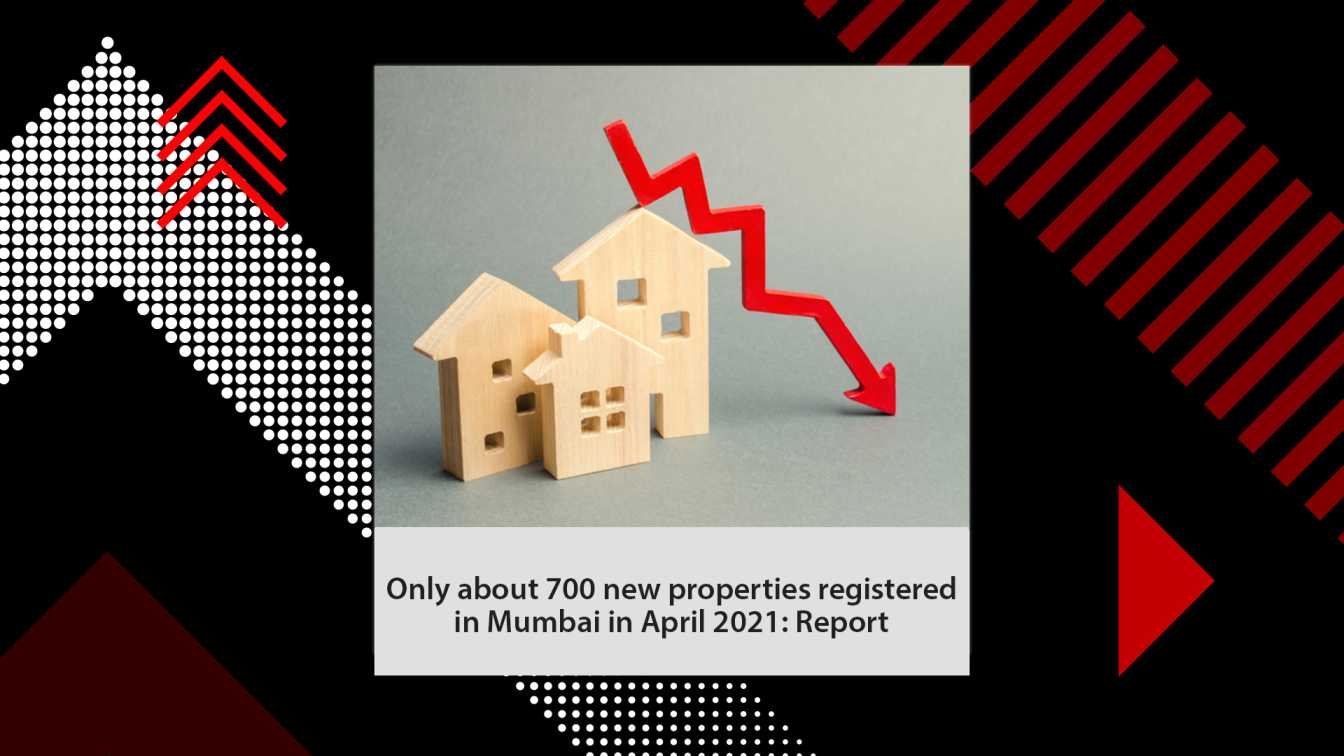 The second wave of Covid-19 and the rollback of the stamp duty cut in Maharashtra impacted the housing sales in April, showed a report by Knight Frank India.

The Maharashtra state government in December 2020 had given a leeway of four months to homebuyers to register a property after the payment of stamp duty in order to prevent crowding of registration offices. This ensured that homebuyers who had purchased residences and paid stamp duty on or before March 31, 2021, have maximum window of four months till July 31, 2021 from the respective date of payment of stamp duty for registering their apartment.

There had been a very sharp pick up in property registrations in Mumbai during September 2020-March 2021 during the seven months of concessional stamp duty window, hence, when the state government reverted to the previous stamp duty regime, sales momentum was expected to moderate post 31st March 2021. But the fall in momentum has been exacerbated by the second wave of COVID-19and the ensuing lockdown.

The state government’s collections from stamp duty registered a modest 12 per cent increase in April 2021 against that in April 2019, despite a rise of 71 per cent in units registered in the same comparable period.

This was because 93 per cent of registrations in April 2021, were for apartments that were transacted in the preceding four months paying stamp duty rates of 2 per cent and 3 per cent only but registered now.

The state government revenues from property registrations during the seven months of lower stamp duty window (September 2020 till March 2021) were 66 per cent higher than those collected during the preceding 8 months of 2020 (January 2020 till August 2020), indicating that reduction in stamp duty rates had been compensated by a sharp rise in sales velocity, thereby leading to higher revenue generation for the government.

This thereby proved that the stamp duty sop was a master stroke that kept the sector and indeed the state economy buoyant during the country’s prolonged fight against the pandemic, he said.

“In April 2021, as the government withdrew the reduction in stamp duty, coinciding with the second wave of the pandemic resulting in a virtual lockdown, demand and sales of new homes was severely impacted. Therefore, we sincerely feel that the state government, at an opportune time, should reconsider measures to reinvigorate demand such as reduction in stamp duty to bring back the momentum and help the sector tide over the crisis,” Baijal said.