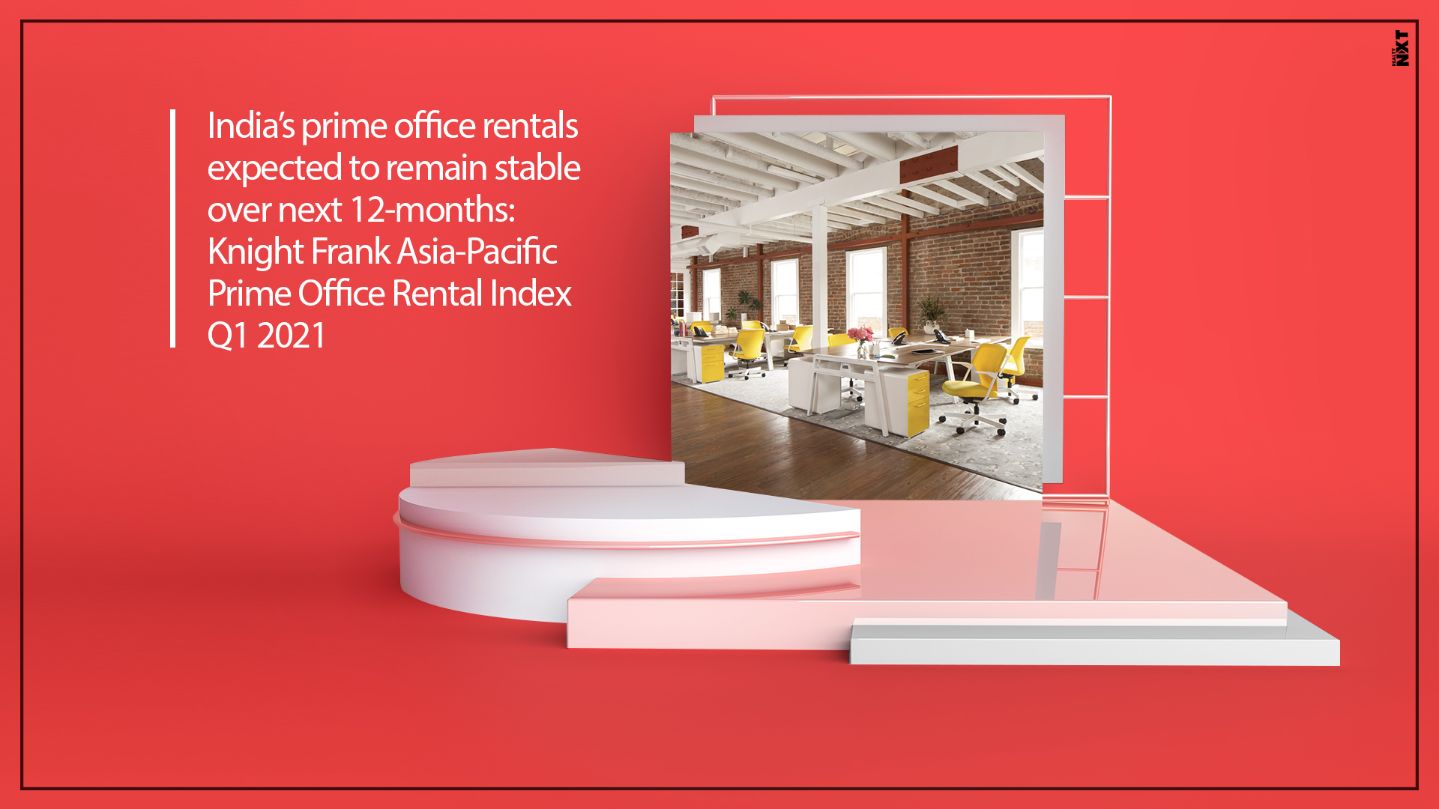 According to the index, Taipei is the only city expected to witness an increase in office rental values across the APAC region in next 12-months.

Knight Frank, leading international property consultancy, in its latest report Asia-Pacific Prime Office Rental Index Q1 2021 cited that despite there being uncertainty around the performance of India’s office sector, Bengaluru, NCR and Mumbai markets are expected to remain stable in rental values over the next 12-months.

According to the report, Bandra Kurla Complex (BKC) in Mumbai witnessed a meaningful recovery in office rents to -0.8% QoQ during the January – March 2021 quarter, compared to -5.5% in the previous quarter. This robust recovery can be attributed to improved transaction activity in the Q1 2021 period.

Knight Frank forecasts that the decline in rents to decelerate this year, with overall rents expected to decline by 3% in the APAC region, compared to the 4.8% decline seen in 2020.

According to the index, Taipei is the only city expected to witness an increase in office rental values across the APAC region in next 12-months. Of the 22 cities tracked by the index, 8 recorded either stable or increased rents in the past quarter compared to 10 in the previous quarter.

For Q1 2021, Knight Frank’s Asia Pacific Prime Office Rental Index fell -1.2% quarter-on-quarter, led by large office markets such as Tokyo, Hong Kong, and Bengaluru recorded rental decline between -3.0% to -2.8% during the same period. On an annual basis, the overall index was down -5.5% year-on-year.

Shishir Baijal, Chairman and Managing Director of Knight Frank India said, “The second wave of pandemic and associated regional lockdowns have temporarily delayed occupiers’ office re-occupancy plans. However, control on infection case count with graded regional lockdowns and progress on vaccination drive will act as a market stabiliser in near future. Given the strong fundamentals of India office market, despite the near-term uncertainty, occupiers will positively react to any improvement in the pandemic scenario in the country”