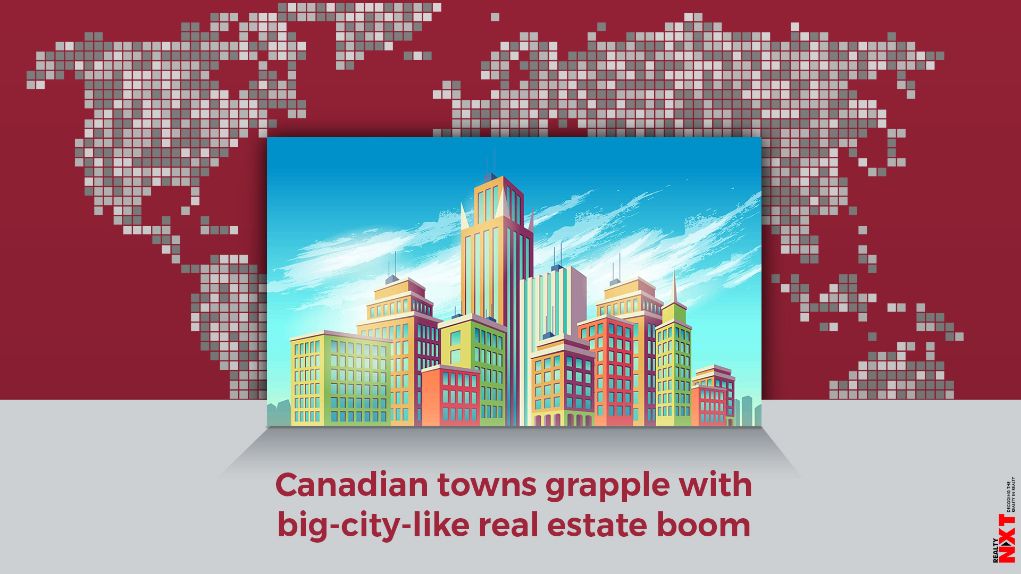 The growing demand has led to some small Canadian communities seeing house prices jump more than 75% in one year.

Small cities and cottage towns across Canada are grappling with the fallout of surging popularity amid the COVID-19 pandemic, as urbanites flock in, driving up home prices with big-city-style bidding wars and putting pressure on municipal services.

The growing demand has led to some small Canadian communities seeing house prices jump more than 75% in one year.

“The small towns are getting hit hard. They’re getting interest like they’ve never had before,” said Stephan Gauthier, an Ottawa real estate agent who is increasingly helping clients buy in villages well outside the city.

The eye-watering gains in Canada are mirroring similar trends in New Zealand, Australia and Britain, where rural home prices are accelerating faster than in cities as avid buyers rush to snatch up cheaper small-town properties and as white-collar workers bet on being able to work from home even after the pandemic ends.

For locals, the influx of city people is a double-edged sword. New residents are breathing life and diversity into places where – before the pandemic – schools were closing and many businesses struggled through the winter.

But the soaring housing prices are locking locals out of the real estate market, and competition for rentals means many people can no longer afford to live locally, leaving small-business owners scrambling for staff.

Even existing homeowners, whose home values have risen sharply, are unable to move up the property ladder as the gap to the next rung widens past their means.

“You want people to come here and help build the community. But at what cost to the people who have been here for literally generations?” said Nancy Cherwinka, who lives in Prince Edward County, a peninsula in Lake Ontario known for its wineries and beaches.

Move to the country

Roughly 75,000 people left Toronto and Montreal – Canada’s two biggest cities and main COVID-19 hot spots – for other parts of their respective provinces of Ontario and Quebec in the year up to July 2020, the largest such migration since at least 2001, according to the latest Statistics Canada data.

The rental crunch is making it difficult for small businesses to hire and retain staff, even if they pay above minimum wage.

It is a struggle that Samantha Parsons and her husband, owners of Parsons Brewing Company, know well. They built a small bunkhouse next to their brewery to house workers temporarily and have even had staff stay with them. This year, they arranged a lease for a three-bedroom home for employees.

“You have to be creative,” said Parsons, adding they still lose out on talent because of the housing challenge.

If you build it

To tackle the housing crisis, Prince Edward County is planning for more than 3,000 housing starts through 2026, including dozens of below-market rental units.

That boom is putting pressure on municipal services, notably aging water infrastructure. The region is hastening plans to spend C$68 million ($56.2 million) on its water and wastewater system, with developers on the hook for much of the bill.

New-home construction is also surging in other smaller centers across Canada, with rural starts in the first quarter of 2021 at their highest point since 2008.

In Collingwood, Ontario, a four-season resort town about 145 km (90 miles) northwest of Toronto, the population boom has forced the community to pause all new-home construction while it sorts out how to address its critical water shortage.

In Nelson, a former mining town in British Columbia’s Kootenay mountains, a pandemic-driven explosion of infill and coach housing is forcing the small city to expand its wastewater and water infrastructure sooner than planned.

“We were heading down that road anyway … but now it’s been accelerated. So that’s going to put us a little bit on our back foot,” said Mayor John Dooley, adding that the sewage treatment plant alone will cost about C$25 million.

Dooley said Nelson hoped to split the costs with the province and federal government.

Back in Prince Edward County, about half the children at a rural daycare are new to the community since the pandemic. At the sister daycare in town, a quarter of students are newcomers. Enrollment at local schools is also up, reversing a trend that had led to closures in previous years.

More young families living in the community will ultimately be beneficial, said Cherwinka, as long as they stick around once life goes back to normal.