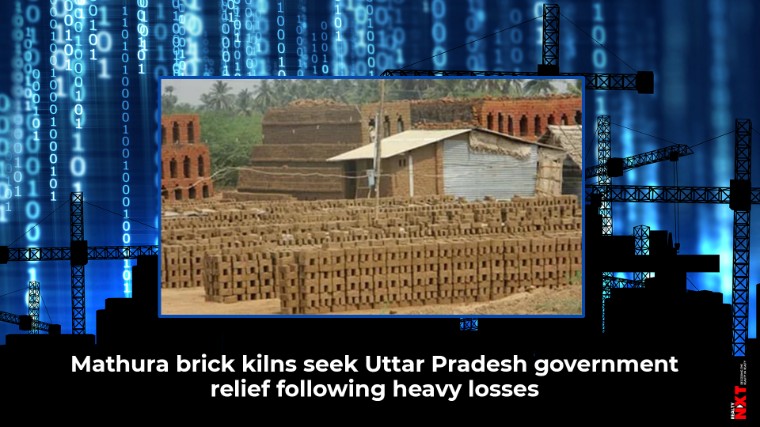 It has adversely affected 50,000 workers due to the closure of the work one month ahead of regular schedule.

The brick kiln industry in Mathura district sought relief from the Uttar Pradesh government following losses running into crores due to heavy downpour in the wake of Cyclone Tauktae.

“We’re requesting the government to wave off royalty, tax on royalty and GST for better survival of the industry,” Bhanu Prakash Varsney, general secretary of the district brick kiln association, told reporters on Monday.

Due to heavy downpour, several lakh unbaked bricks in 250 kilns in Chhata and Mant areas turned into mass of earth, leading to loss of Rs 8-12 lakh to every brick kiln owner, he said.

It has adversely affected 50,000 workers due to the closure of the work one month ahead of regular schedule, he said.

Every year, the industry continues to works till mid-June, but the work has been suspended about a month ahead of schedule due to Cyclone Yaas, the office-bearer of the association said.

Meanwhile, the treasurer of the association said unless the royalty on the use of earth was waived off, it would become difficult to compensate for the loss.

Due to the sudden closure of the industry, workers have adversely been affected, he said. “We’re requesting the government to provide free ration to them for a month before they go back to their native place.”

A delegation will submit a memorandum to the district authorities, he added.

ALSO READ: The Rise Of Smart Elevators In The New Reality