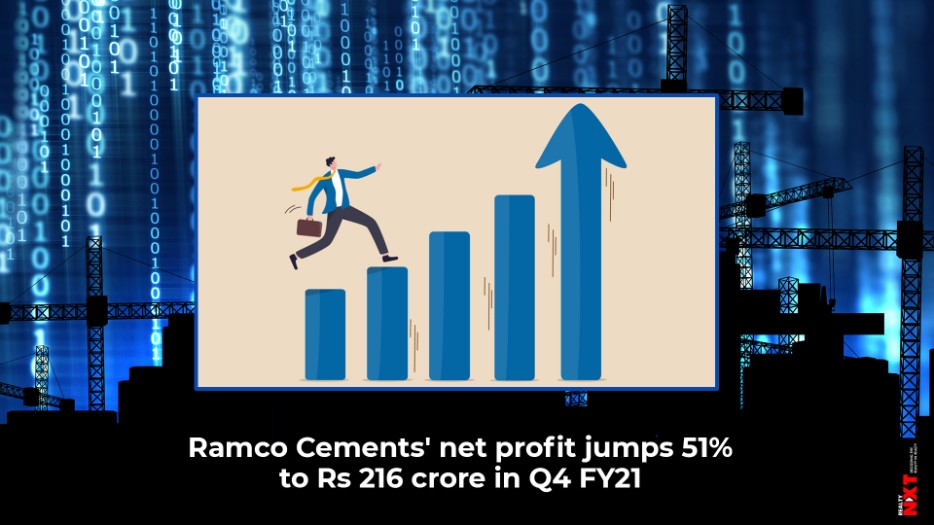 The Ramco Cements on Monday reported 51.1 per cent rise in consolidated net profit at Rs 215.92 crore for the fourth quarter ended March 31, 2021 helped by growth in sales.

Total revenue was up 16.93 per cent to Rs 1,641.53 crore during the quarter under review as against Rs 1,403.90 crore in the corresponding period of the previous fiscal year.

“During the quarter ended March 31, 2021, the sale of cement for the company is 3.21 million tonne, compared to 2.93 million tonne in the corresponding period of the previous year with a growth of 10 per cent,” the company said in a post earning statement.

“During FY2020-21, southern markets have de-grown due to COVID-19, prolonged monsoon whereas in the eastern markets volumes have grown,” it said.

The Ramco Cements said it has assessed the potential impact of COVID-19 based on the current circumstances and expects that “there will not be any significant impact” on the continuity of operations of the business on long-term basis.

“The company’s ongoing capacity expansion program was delayed because of non-availability of labourers due to COVID-19. However, the company does not have any material risk of non-fulfilment of obligations by any party arising out of existing contracts/agreements,” it said.

Shares of The Ramco Cements on Monday settled at Rs 972.70 apiece on BSE, down 1.85 per cent from the previous close.

ALSO READ: The Rise Of Smart Elevators In The New Reality