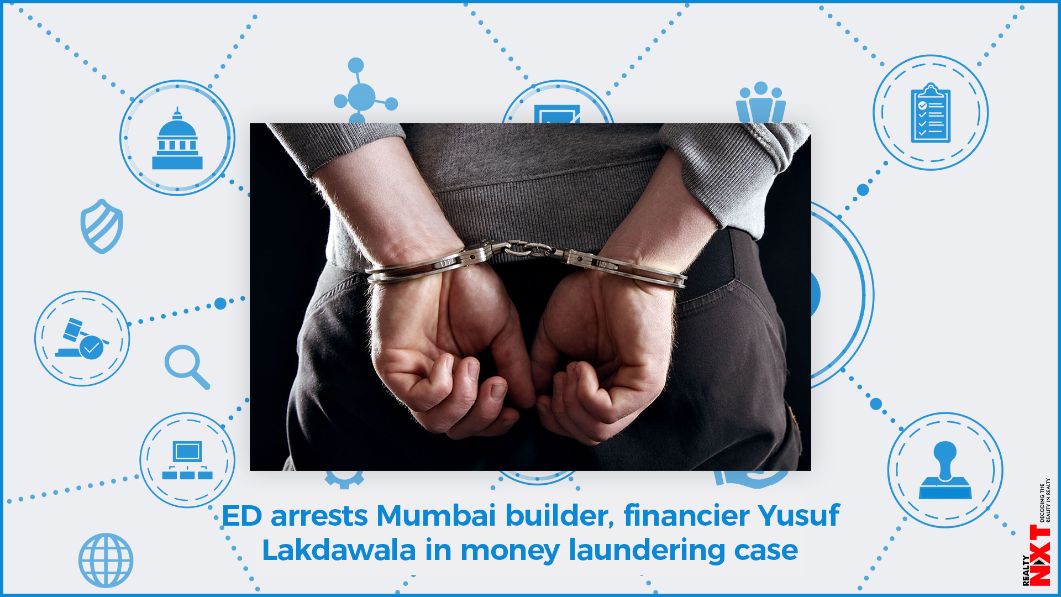 The ED, in a statement, said its investigation found that “Lakdawala has many dummy or shell companies.”

The Enforcement Directorate (ED) on Friday arrested Mumbai-based builder and film financier Yusuf M Lakdawala in a money laundering case linked to an alleged forging of document for the purchase of a prime land in Khandala.

He was arrested under sections of the Prevention of Money Laundering Act (PMLA) and later produced by the central probe agency before a local court that sent him to ED custody till June 2, the agency said.

The ED case against the 76-year-old Lakdawala and others was based on a 2019 FIR filed by the economic offences wing (EOW) of the Mumbai police that pressed charges of cheating and forging documents related to a 50 crore worth land situated in Khandala under Pune district’s Maval tehsil.

The about 4.4 acre land is stated to belong to the family of erstwhile nawab of Hyderabad, Himayat Nawaz Jung Bahadur.

The police probe found that Lakdawala, in alleged connivance with some government officials and others, forged the documents of this land to show it was purchased by his father in 1949, who later gifted him it to him.

The ED, in a statement, said its investigation found that “Lakdawala has many dummy or shell companies.”

“On scrutiny of bank accounts of these companies, it was revealed that although these companies do not have profitable business, transactions worth crores of rupees have been made through these shell companies,” it said.

It was also found, the ED alleged, that funds were layered through these shell companies to hide the original source and the same was utilised to purchase immovable properties worth crores of rupees.

“In order to purchase these properties, commission was given to some other accused, which was routed through the shell companies of Lakadawala,” it claimed.

The ED had also raided the premises of Lakdawala and seized some “incriminating documents and electronic data”.

Agency sources said Lakdawala was summoned multiple times for questioning in the case but he kept skipping them.